Wants to issue executive order ending birthright for at least some

President Donald Trump intends to issue an executive order ending automatic citizenship for the American-born children of at least some non-citizens, a move likely to spark legal challenges which could end up in front of the Supreme Court.

In an interview with Axios on HBO, Trump called birthright citizenship "ridiculous," and said his lawyers have told him that a presidential executive order—not a constitutional amendment, nor an act of Congress—is all that is needed to end it.

"We're the only country in the world where a person comes in, has a baby, and the baby is essentially a citizen of the United States for 85 years, with all of those benefits," Trump said. "It's ridiculous. It's ridiculous. And it has to end."

In fact, the United States is one of about 30 countries that adheres to the practice called in ancient Roman law jus soli ("right of the soil," as contrasted against jus sanguinis, "right of blood"). Canada and the United States are the only two "advanced" countries to offer unrestricted birthright citizenship, while the other countries are mostly those in South and Central America.

In all of these countries, simply being born on their soil is adequate to qualify a person for the benefits of citizenship. Today, countries with jus soli and notable benefits to citizenship—such as the United States—can attract so-called birth tourists, who come to the country simply to give birth and thereby accrue these benefits to their children. The immigration-restrictionist Center for Immigration Studies estimated in 2015 that as many as 36,000 people came to the United States annually to give birth.

In the United States, birthright citizenship stretches back to the 1860s, when slavery ended and the nation found itself with a large population of native-born people who had been systematically denied the benefits of citizenship, thanks primarily to the Supreme Court's ruling in Dred Scott v. Sandford. To rectify this, and ensure that freedmen and their children could not be denied citizenship, Congress passed the 14th Amendment, which stipulates that "All persons born or naturalized in the United States, and subject to the jurisdiction thereof, are citizens of the United States and of the state wherein they reside."

In one view, this means that ending birthright citizenship in the United States would require a constitutional amendment, to alter the language of the 14th Amendment. The Supreme Court has at least in part weighed in on the question, ruling in U.S. v. Wong Kim Ark (1898) that the child of legally resident Chinese citizens born in the United States was entitled to citizenship under the 14th Amendment.

But there is real disagreement over how far the 14th Amendment extends, specifically whether or not the children of non-residents (i.e. tourists) or illegally resident non-citizens are considered "subject to the jurisdiction" of the U.S. government.

"There's an active academic debate over whether mere legislation could change birthright citizenship with respect to illegal immigrants and tourists," Ilya Shapiro, senior fellow in constitutional studies at the Cato Institute, told the Washington Free Beacon. "I think probably not, but there are good arguments on both sides."

One of the most vocal proponents of the view that the children of this group are not entitled to jus soli is Michael Anton, a former National Security Council official in the Trump administration. In a Washington Post commentary, Anton argues that the framers of the 14th Amendment intended "subject to the jurisdiction thereof" to mean "not owing allegiance to anybody else," i.e. not being a citizen of another nation.

"The framers of the 14th Amendment added the jurisdiction clause precisely to distinguish between people to whom the United States owes citizenship and those to whom it does not," Anton wrote. "Freed slaves definitely qualified. The children of immigrants who came here illegally clearly don't."

If Anton is right, then ending birthright citizenship for certain children—especially those of "birth tourists"—is as simple as an act of Congress or, he argues, an executive order instructing the agencies connected to naturalization (predominant U.S. Citizenship and Immigration Services) that such children are not citizens.

But many scholars disagree with this reading of the 14th Amendment. They sometimes cite the past work of James C. Ho, who now serves as a Trump appointee to the federal Fifth Circuit Court of Appeals. Ho has argued that "subject to the jurisdiction thereof" simply means "to be subject to the authority of the U.S. government."

"The phrase thus covers the vast majority of persons within our borders who are required to obey U.S. laws," Ho writes. "And obedience, of course, does not turn on immigration status, national allegiance, or past compliance. All must obey."

The 14th Amendment, Ho argues, simply reimplemented the doctrine of jus soli which had been in effect since the early days of the Republic, up until Dred Scott — the status quo ante was always birthright citizenship for anyone born on American soil.

Even bracketing arguments like Ho's, it's simply not clear that the president has the constitutional power to determine who is eligible for citizenship. The Constitution reserves discretion over naturalization to Congress. While Anton and White House Counsel may argue that Trump can make similar changes by Executive Order, others—including Speaker of the House Paul Ryan (R., Wis.)—disagree.

"It's not something that can be done by executive action alone," Shapiro told the Free Beacon.

Who is right, and who is wrong? That, ultimately, is likely to be for the Supreme Court to say. Since Trump has yet to issue any executive order, it is unclear what it would be ruling on. But, as Vice President Mike Pence noted, the Court has yet to determine how "subject to the jurisdiction of" applies to illegal immigrants—it is on this question that the future of Trump's order, and birthright citizenship more broadly, turns. 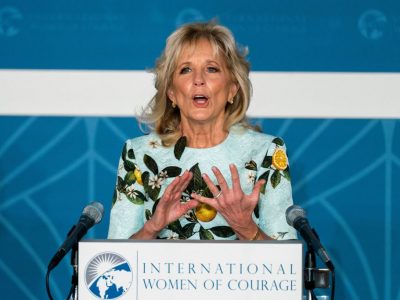 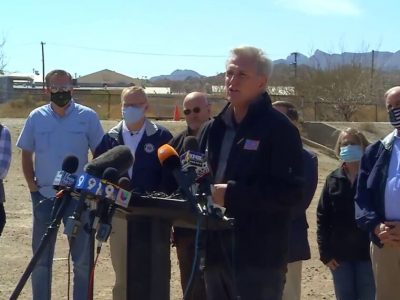