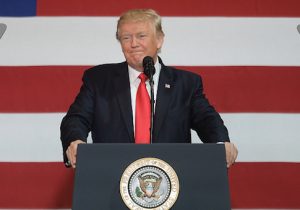 The Trump administration has announced plans to award funding to the Obamacare Navigator program based on data, performance, and outcomes, instead of throwing more money at the program blindly.

The Obama administration established the program to have "Navigators" help Obamacare customers learn about coverage options and find one that was affordable for them.

In 2016, $62.5 million was spent on the program, which resulted in 81,426 individuals signing up for coverage, which was only 0.7 percent of total enrollees. Data finds that there were 17 navigators that only signed up 100 people, which means each enrollee cost about $5,000. There was one Navigator that only signed up one enrollee but received a grant of $200,000.

The Trump administration has decided that for the next enrollment period, Navigators will be given funding based on whether or not they have met enrollment goals in the past year. If a Navigator has only signed up 30 percent of its goal, it will receive no more than 30 percent of the funding from the previous year. By basing funding on performance, the administration hopes to get more accountability in the program.

Ninety-eight Navigators will receive $36.8 million for the next enrollment period, which is a 39 percent decline from the previous period. There will be $10 million spent on promoting Obamacare to new and returning enrollees.

"Judging effectiveness by the amount of money spent and not the results achieved is irresponsible and unhelpful to the American people," said Caitlin Oakley, press secretary at the Department of Health and Human Services. "Under the Trump administration, we're committed to more responsible, effective government. Obamacare's Navigator program has been ineffective. During the upcoming enrollment period, Navigators will be funded in proportion to their performance."

"A health care system that has caused premiums to double and left nearly half of our counties with only one coverage option is not working," she said. "The Trump administration is determined to serve the American people instead of trying to sell them a bad deal."