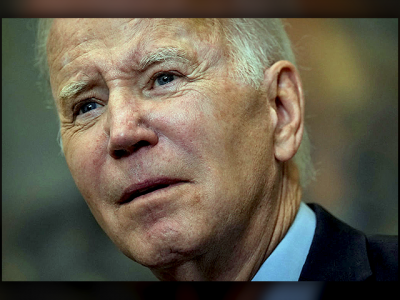 Missouri this week became the third state to pass "Right to Try" legislation, which allows terminally ill patients access to experimental medications not yet approved for sale by the Food and Drug Administration (FDA).

Missouri Gov. Jay Nixon (D.) signed the legislation on Monday night. The state followed Colorado and Louisiana, which passed similar laws earlier this summer. Next week Michigan lawmakers are expected to consider the law in a senate health committee, according to the Goldwater Institute, which designed the law.

Additionally, the measure will be on the ballot for voters in Arizona in the November election.

For Rep. Jim Neely (R., Mo.), a medical doctor who sponsored the legislation, the measure took on a personal meaning. His 40-year-old daughter, Kristina, has been battling colon cancer for the past year. She was disqualified from clinical trials because she was pregnant at the time of her diagnosis.

"This legislation offers a beacon of hope for terminally patients who have nowhere else to turn," Neely said in a statement. "It’s true that we don’t know if some of these investigational drugs will work, but we do know they are better than the alternative of simply waiting to die with no hope for a cure."

For another father, Frank Burroughs, this law comes too late. He lost his daughter, Abigail, to cancer, but has been fighting to give terminally ill access to experimental drugs ever since.

Burroughs cofounded the Abigail Alliance, which advocates for wider access to developmental drugs after his daughter’s death.

"The third state passage strongly shouts that the vast majority of Americans want early access to promising lifesaving developmental drugs, when out of options, and demand that Congress must represent the people and pass strong FDA early access approval legislation now," Burroughs said in an email to the Washington Free Beacon.

In a previous interview, Burroughs said he believed Abigail would be alive today if she had access to Erbitux—an effective drug approved three and a half years after she died.

For some, questions remain about Right to Try.

Mindy Leffler, whose 11-year-old son Aidan has Duchenne Muscular Dystrophy, said, "I think they ignore the elephant in the room, which is cost."

"Who is paying for the drug?" Leffler asked, adding the law would not be sustainable "if it is only going to gain access to those who can afford it." She indicated she could not afford one year of an experimental drug Aidan was taking.

According to the Goldwater Institute, more than one million Americans die each year of terminal illness. It takes more than a decade and a billion dollars to bring a single life-saving treatment to market. Less than 3 percent of the sickest patients are able to access drugs through clinical trials.

"This is about saving lives when our loved ones are out of options," said Darcy Olsen, president and CEO of the Goldwater Institute. "We will continue to work throughout the country to ensure all Americans have the right to try to save their own lives."