The database, launched following the election of President Donald Trump, is "unverified" and receives stories of alleged "hate" from the likes of the left-wing Southern Poverty Law Center (SPLC), an organization currently in upheaval over charges of institutional racism perpetrated by its recently fired co-founder, Morris Dees, and the Council on American–Islamic Relations (CAIR), a Muslim civil rights group that was previously listed as an unindicted co-conspirator of terrorism.

Media partners involved in the initiative have access to the unverified database, and use it to report stories of hate in the Trump era.

ProPublica, an investigative reporting nonprofit based in New York City, launched the project, known as "Documenting Hate," in 2017. The New York Times backed the project in January 2017 editorial, "Why We Need a Project to Document Hate Crimes."

"Reliable data on hate crimes is hard to come by. As reports of racist, anti-Semitic and Islamophobic harassment and attacks poured in after the election of Donald Trump, many Americans wondered whether they represented a nationwide increase in hate crime," the Times editorial board wrote. "While the Southern Poverty Law Center saw a dramatic increase in reports after the election, it’s not yet clear whether this indicates a nationwide trend."

ABC News later ran a piece titled, "Help ABC News, ProPublica and other newsrooms across America track hate crimes across the US" that also cites the SPLC as to why it is needed. The announcement urges the public to share their stories if they have been a victim of a hate crime.

The project received hundreds of thousands of dollars in funding from George Soros's Foundation to Promote Open Society, according to the group's most recent tax forms.

On page 321 of the Foundation to Promote Open Society's 2017 tax forms, a $200,000 contribution is shown to ProPublica "to create a well-reported data set of hate crimes and to produce high-quality investigative reporting on the subject" while another $375,000 donation was made to ProPublica "to support the hate crimes tracking project." Soros gave $200,000 more to the group, which was split between "general support" and a separate initiative on online price discrimination.

While "Documenting Hate" is not specifically mentioned by name on the tax forms, the Soros donations were, in fact, for the project, which made it possible for the initiative to launch and maintain itself, according to a phone interview with Richard Tofel, the president of ProPublica.

"It made it possible for us to start ‘Documenting Hate,'" Tofel said. ProPublica proposed the idea internally and shortly after the presidential election proposed it to Soros's Open Society Foundations, which then provided the funding.

When asked about the SPLC's role in the project, Tofel said that they receive stories of alleged "hate crime" incidents from the group. He added that an "overwhelming majority" of incidents comes from media partners actively soliciting tips. "Documenting Hate" also counts other left-wing groups such as CAIR, Anti-Defamation League, Matthew Shepard Foundation, and the Human Rights Campaign as partners.

Tofel specified that the database is not an effort to collect statistical data, but rather "soliciting people's stories," which includes individuals reporting their own alleged experiences or experiences they have observed. The more than 100 media partners involved in the initiative have access to the database for reporting purposes, which is not available to the public because it not verified.

Tofel said that "all sorts" of national news stories have come from the database, but it is up to the media partners who have access to verify and do further reporting.

"If you solicit people telling individual stories this widely, some of the things people report will be true, some of them won't—a few of them won't. Part of the job of any good journalist is to verify things before publishing," Tofel said.

The Free Beacon sought access to the database in its initial email inquiry to ProPublica, which was not acknowledged before or after speaking to Tofel.

The project does not contain any right-leaning publications or organizations.

"The partners include organizations you'd think of as legitimate-but-liberal news outlets—the Los Angeles Times, PBS and ABC News. But they partner with blatantly left-wing outlets with little credibility like The Root, TPM and Vox," said Dan Gainor, the vice president for Business and Culture at the Media Research Center. "They actually partner with far-left Splinter, which doxed White House aide Stephen Miller by posting his cell phone number so readers could harass him. AJ Plus is another partner. It's owned by Al Jazeera, the state-run propaganda site from Qatar."

Many hate crime incidents that have been reported by major news outlets in recent years have turned out to be false.

"A great many hate crime stories turn out to be hoaxes. Simply looking at what happened to the most widely reported hate crime stories over the past 4-5 years illustrates this: not only the Smollett case but also the Yasmin Seweid, Air Force Academy, Eastern Michigan, Wisconsin-Parkside, Kean College, Covington Catholic, and "Hopewell Baptist burning" racial scandals all turned out to be fakes. And, these cases are not isolated outliers," Reilly wrote in USA Today following the Jussie Smollett incident.

Jonathan Kaplan, spokesperson for the Open Society Foundations, said that the grants were made out of concern over a "national wave" of incidents following the 2016 presidential elections

"The Open Society Foundations supporting the Documenting Hate project out of our concern about the national wave of hate incidents that followed the 2016 election," Kaplan said following publication.

UPDATE: Following publication, Tofel specified that the $375,000 grant from Soros was used in 2017 while the $200,000 grant was used in 2018, adding that they had expired in December. Google is now funding the project, according to Tofel. This post has been updated to reflect this information. 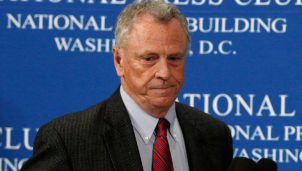 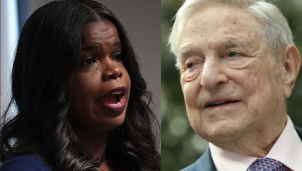