The senior Secret Service agent who said she did not want to take "a bullet" for President Trump did not suffer several disciplinary actions imposed on other agents and officers for allegations of similarly serious or lesser misconduct, according to multiple sources from the Secret Service community and attorneys specializing in federal law enforcement labor and employment law.

Kerry O'Grady, the agent in question, was removed from her position as head of the Secret Service's Denver district in March amid an investigation into her pre-election Facebook comments about Trump. O'Grady remains on paid administrative leave and retains her security clearance six months after the agency first started looking into the allegations of misconduct against her.

Additionally, senior managers have never placed O'Grady on a "Do Not Admit" list—an agency-wide notification that an employee whose conduct is under investigation is not allowed access to any Secret Service offices or resources, according to two former agents.

Despite the obvious efforts to protect the agency from employees accused of serious misconduct that could pose a security threat, the sources describe the "Do Not Admit" list also as a "shaming device" and an "intimidation tool" that senior managers have inconsistently used in recent years against employees facing less-serious allegations of misconduct.

The Secret Service did not respond to inquiries about O'Grady's case and any interim disciplinary actions taken against her while she awaits a final resolution. Agency spokesmen previously told the Washington Free Beacon that federal privacy laws bar them from discussing details about her ongoing case.

While O'Grady's continued employment with the agency is not unusual as the process plays out, attorneys who have represented Secret Service agents and officers and other law enforcement employees in disciplinary cases say she has not faced some of the harsh sanctions imposed on many of their clients.

Sean Bigley, a partner at Bigley Ranish, a firm specializing in security-clearance denials, said the Secret Service regularly places employees accused of wrongdoing on unpaid leave while they investigate the allegations.

"All the clients I have are on unpaid administrative leave," he said. "Then they have to sit around for a year cooling their heels before anything is proven. It's very punitive."

One of his current clients has been on unpaid leave for three years while the Secret Service and the Department of Homeland Security Inspector General have investigated the charges and counter-charges in the case, he said.

"His life has completely imploded," Bigley said of the client, who has lost his home and depleted his life savings as he waits for some type of resolution.

Additionally, the agency has not responded to his requests to seek outside employment, which could be prohibited because employees on unpaid administrative leave are still considered Secret Service employees.

Any attempts to earn income while their case remains in legal limbo could jeopardize their Secret Service employment status, as well as any retirement accrued.

Cheri Cannon, a partner at the law firm Tully Rinckey, said Secret Service managers often impose unpaid leave and revoke a security clearance at the same time to force a person to quit rather than go through the lengthy appeals process to try to get their security clearance reinstated.

"If somebody wants to mess with your clearance, you are going to have to fight them for two years without pay," she said, noting that there is no way for reinstated officers to get back pay.

Federal law enforcement officers can get their security clearance pulled at least temporarily for numerous reasons if senior managers want to force them from their positions, she said.

Managers at federal law enforcement agencies, such as the FBI and others, have revoked security clearances for "having an affair in the workplace, mishandling personal finances, misusing the computer or government equipment, doing dumb things like making threats, lying during investigations," she said.

Many times senior managers use the security clearance issue in an effort to impose discipline or force the employee from the job because they "they don't know how to make the disciplinary action stick any other way."

Bigley also said that Secret Service officials charged with reviewing whether to revoke a security clearance have very uneven standards.

"It's always amazing to me how some [disciplinary] issues are considered security-related and some aren’t. The only difference seems to be the person involved" and how well-connected they are to top agency officials, he said. "It doesn’t seem like there is any continuity."

For instance, he cited a case involving two senior agents who drove into an active suspected bomb investigation on the White House grounds in early March of 2015 after a night of drinking. He said he believes the pair never had their security clearances revoked, even temporarily.

The Secret Service did not respond to an inquiry about the pair’s clearances nor details about the disciplinary action taken or planned against them.

One of the two agents was serving as the second-in-command of the President Obama's protective detail at the time of the incident. Both were reassigned to non-protective and non-managerial roles. One of them ultimately decided to retire ahead of a final report that concluded that both were "more likely than not" impaired by alcohol the night in question. After the report, the other was placed on administrative leave, although the agency did not specify if the agent continued to be paid.

Retiring with a security clearance intact or after having it revoked can make or break future career prospects in a security-related field.

Several sources within the Secret Service community worry that O'Grady will retain her employment and simply be transferred another division of the Department of Homeland Security. Such a move would allow her to serve out her time until she can retire with a pension, a move the agency has used with at least one other official in the public crosshairs.

Secret Service Deputy Director Alvin "A.T." Smith was forced to resign in December 2015 when the agency was under pressure from Congress after a string of security lapses. He was allowed to transfer to another position in DHS, according to an email that praised his 29 years of service to the agency sent to all staff.

O'Grady wrote on her personal Facebook site in October that she would rather face "jail time" than take "a bullet" for Trump because she considered him a "disaster" for the country, especially as it relates to women and children.

Additionally, she updated her profile picture on Inauguration Day to an artist's rendering of Princess Leia with the words, "A woman's place is in the resistance."

"The resistance" has become a moniker for those opposing Trump's presidency.

Many active-duty and retired agents have complained that it took management three and a half months and only after a report in the Washington Examiner to take the issue seriously enough to launch a probe. A complaint about O'Grady's anti-Trump Facebook posts was officially filed Oct. 11 with the Department of Homeland Security, which oversees the Secret Service. 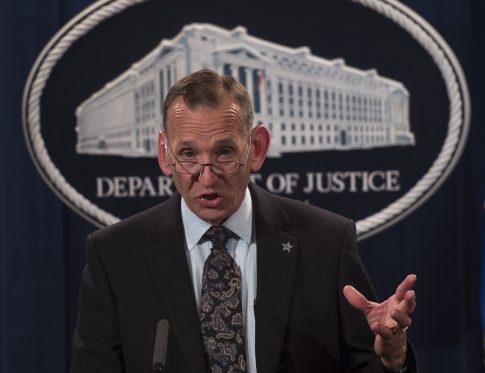 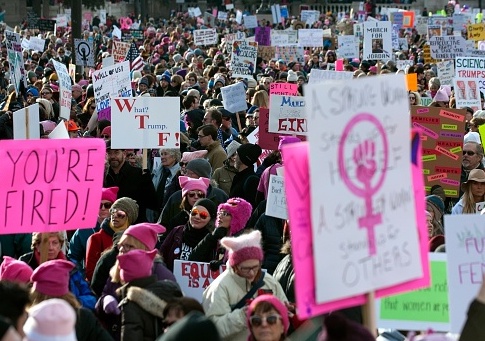 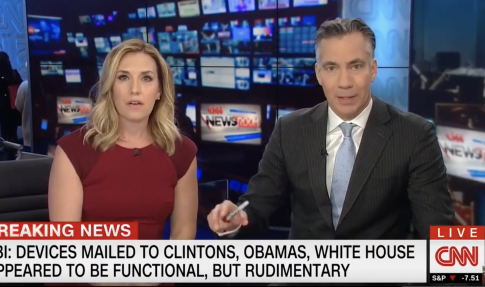 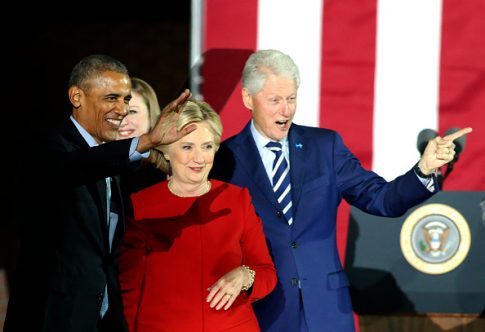 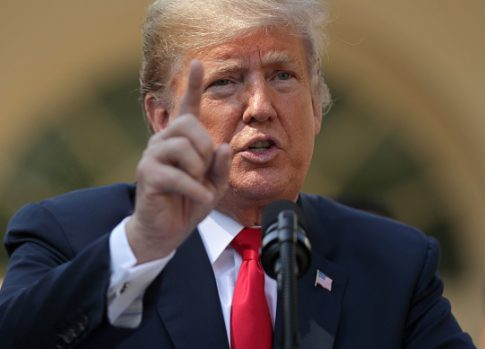 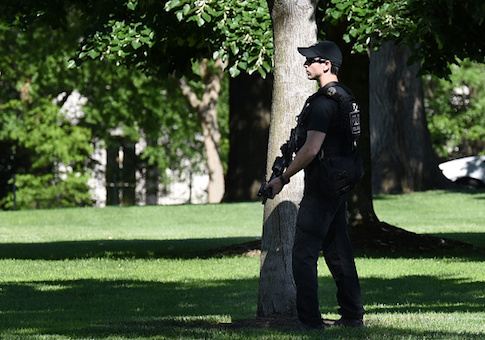 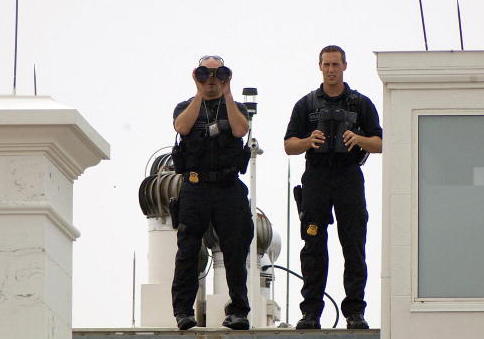