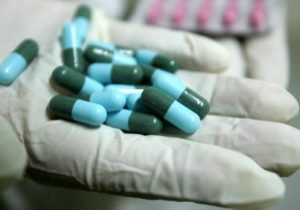 Right-to-try legislation, which would give terminally ill access to experimental treatments not approved by the FDA, passed unanimously by the U.S. Senate on Thursday.

"By passing the Trickett Wendler, Frank Mongiello, Jordan McLinn, and Matthew Bellina Right to Try Act of 2017 today, the Senate took a strong stand in support of the millions of Americans and their families suffering from terminal illnesses," Johnson said in a prepared statement.

"Patients with terminal diseases ought to have a right to access treatments that have demonstrated a level of safety and could potentially save their lives. I'm proud that today, the Senate stood up for terminally ill patients who just want to reclaim their freedom – who want the right to hope," said Johnson.

The experimental treatments would have passed at least Phase 1 of a clinical trial.

The federal right-to-try legislation was modeled by the Goldwater Institute think tank and has passed with bipartisan support in 37 states.

"There's no more fundamental freedom than the right to save your own life," said Victor Riches, president and CEO of Goldwater, in a press statement.

"Right to Try guarantees that freedom by ensuring that patients, along with their doctors, are in control of the treatments they receive when facing a terminal diagnosis. Right to Try will open new paths to treatments for many patients who are currently out of options," said Riches.

The bill now goes to the House. Johnson urged Speaker Paul Ryan to take up the legislation quickly.

In February President Trump gave hope to the terminally ill when he said he approved allowing them access to experimental drugs.