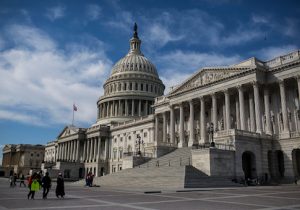 The U.S. House passed Right to Try legislation on Tuesday that gives the terminally ill access to experimental drugs showing efficacy in clinical trials but not yet approved by the FDA.

The bill now awaits President Donald Trump's signature and he has indicated he will sign it.

The House passed the legislation by a vote of 250-169, largely along party lines, though 22 Democrats voted with Republicans to pass the bill. All the no votes were Democrats.

"This legislation, introduced only last week, is an egregious attempt by a libertarian think tank to undermine the ‘gold standard' drug approval process at the Food and Drug Administration," said Rep. Frank Pallone (D., NJ) on the House floor.

"The supporters of this bill claim to be helping desperate patients who are looking for hope.  If this is such a patient centered bill—why does every major patient organization overwhelmingly oppose it?" Pallone said.

Opponents of the bill include patient advocacy groups, which sent a letter on Monday that they strongly opposed the bill, saying it could "increase the likelihood of our patients being harmed by unsafe and ineffective experimental therapies."

Other lawmakers were elated that Right to Try passed Congress, saying it restores freedom and hope to the terminally ill.

"The House voted to restore just a little bit of freedom, a little bit of hope to terminal patients and their families," said Sen. Ron Johnson (R., Wis.) in a press conference last night. He called it a "really big day" and thanked numerous colleagues and the terminally ill who pushed for the passage of the bill. He called the terminally ill and their families the "real heroes."

Johnson was instrumental in the past several years in the push for Right to Try. The U.S. Senate passed the legislation in August.

Advocates indicated the legislation is common sense and gives those who have exhausted all other options another chance.

"This is an extraordinarily great day," said Sen. Joe Donnelly (D., Ind). "You can even hear the joy when this passed, and the excitement and the happiness." Donnelly indicated the "biggest stars on the team" to the bill's passage were the families of the terminally ill.

"After years of debate, discussion and negotiation, tonight, the House of Representatives showed what has always been clear to me and those I represent: that the Right to Try is a common sense, bipartisan measure that gives American patients and families facing an unimaginable situation the opportunity to fight for their lives or the lives of their loved one," said Fitzpatrick in a statement.

According to Fitzpatrick, "the benefits far outweigh the risks" for the terminally ill.

FDA Commissioner Scott Gottlieb in a tweet indicated he would implement Right to Try if passed as intended by Congress and will promote access and also protect patients.

The Goldwater Institute, the think tank which crafted the policy on both the state and federal levels, called the vote a "win" for patients.

"Millions of Americans who have been told they are out of options and it's time to get their affairs in order, are closer to having the opportunity for one last treatment, without having to get permission from the federal government first," said Victor Riches, president & CEO of the Goldwater Institute, in a statement.