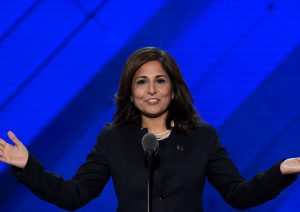 The Clinton-aligned think tank Center for American Progress (CAP) struggled to deal with sexual harassment in its ranks, according to current and former staffers, with two employees alleging they were retaliated against for reporting their harasser.

BuzzFeed News, citing documents and interviews conducted with 19 current and former staffers, broke the news Monday that former CAP manager Benton Strong was accused by two women of sexual harassment before he left the organization to work at the Seattle mayor's office. According to one woman, Strong sent her text messages asking to perform oral sex on her, repeatedly suggesting they meet up at one of their apartments, and asking "whether white women or black women were better at giving blow jobs."

That woman, who asked to be referred to as Mary, initially remained silent, given Strong was set to leave CAP in a few weeks anyway. But upon hearing other women in the office were "increasingly uncomfortable" with his behavior, she filed a complaint with HR.

Mary was not the first woman to file a complaint about Strong. Another woman first reported Strong had "asked several women on the team if they had been flashed or masturbated in front of and then mocked a woman in a team meeting for saying she had cried when it happened to her," according to BuzzFeed.

The first woman who reported Strong to HR also said she had faced retaliation and later moved to another team, according to documents obtained by BuzzFeed News. Several women in the War Room were told by managers not to associate with her anymore inside or outside of the office after she filed the complaint, six former staffers confirmed in interviews.

In an email to HR that was also sent to some union members on May 11, the woman reported that a close friend on her team (whom she did not name in the email, but whom CAP noted in response to BuzzFeed News was Mary) had been told by a supervisor "that they should be distancing themselves from me at work and should not sit next to me in meetings. I believe this happened Friday afternoon (5/6)," she wrote — three days after she reported Strong to HR.

In an exit memo to management, Mary claimed that "on several occasions, myself and others on the team felt as if reporting had been a mistake and that the retaliation, worsening of already tenuous team dynamics, and treatment by supervisors outweighed the seemingly positive act of reporting sexual harassment in the workplace."

"CAP’s culture obscures its mission," Mary wrote, toward the end of her memo. "All of this to say, I surely expected better out of an organization that housed a national campaign on sexual assault."

CAP denies any wrongdoing, saying that after an investigation, the organization told Strong "not to return to the office, and not to retaliate against, or even contact, the complainant. He was escorted from the building that afternoon and never returned."