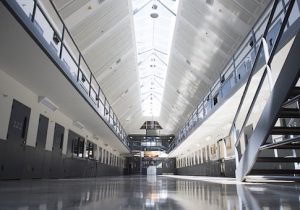 Eighty-three percent of state-level prisoners were rearrested within nine years of their release, according to a new analysis released by the Bureau of Justice Statistics (BJS).

The BJS's new analysis adds to its previously released reports, which measured the recidivism for the same cohort but over a shorter time-span, specifically three and five years. Those analyses found lower, but still high, rates of rearrest than the longer-running study did.

What this suggests, the analysis's authors write, is that the rate at which offenders seem to desist from crime (as measured by how many are rearrested) declines as the follow-up period grows longer. In other words, on a long-enough timeline, the amount of recidivism rises to encompass almost the entire offender population.

The BJS's analysis of the sampled cohort revealed more than just year of first rearrest. Based on that sample population, the BJS concluded the 400,000 prisoners first released in 2005 were rearrested a cumulative 2,000,000 times, or an average of five rearrests per offender.

Further, just five percent of offenders were rearrested in their first year following release and were not rearrested in the subsequent five years. At the same time, the distribution of arrests was not even across the offender group—23 percent of released prisoners were responsible for about half of the two million rearrests in the nine-year timeline.

All of this is grist for the mill for both proponents and opponents of prison reform, currently a key focus of the Trump administration. Opponents might point out the high recidivism rate suggests the preexisting prison population has a high rate of criminality, and so time and money expended on that group might be better spent elsewhere. Proponents, meanwhile, can point to the high rates of recidivism as a call to action, working to cut America's sky-high prison population with reforms to education and the reentry process.

Others may question whether the BJS's report tells the whole story. Previous reports' startlingly high recidivism numbers have unsurprisingly faced criticism, especially from those who question the report's cohort-based methodology.

As National Review‘s Robert VerBruggen noted on Twitter, at least one professional analysis has argued that by selecting a group of releasees from a certain year, BJS is oversampling high-offenders, thus suggesting there are more recividivists than actually exist. A revised estimate from public policy firm Abt Associates concluded two-thirds of offenders do not reoffend following release.