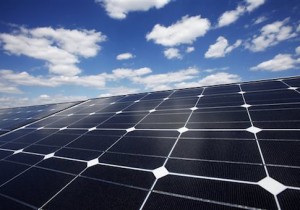 A solar company backed by a high-dollar Democratic donor has found a solution to low-cost Chinese competition: prison labor.

Georgia-based Suniva is keeping its manufacturing costs down by enlisting the services of U.S. prison inmates, Reuters reported on Wednesday.

The company's arrangement with Federal Prison Industries, known as Unicor, has helped Suniva move all of its solar panel assembly to the United States from Asia over the last 18 months, said Matt Card, vice president of global sales and manufacturing. The company says prison labor accounts for less than 10 percent of its panel manufacturing. […]

Inmates working for Unicor, which has existed since the 1930s, have long made things like license plates and goods for the military. Solar panels were added to its list of products so that inmates could acquire skills in a new and growing industry and help government efforts to use more renewable energy.

The vast majority of Unicor's 12,000 inmate workers make products for the federal government, but as federal budgets have shrunk in recent years the company has been trying to attract more contract work from private businesses. About 10 percent of its inmate workers are now engaged in such work.

At least seven Prelude-backed companies have received federal taxpayer support in some form. Suniva has received more than $2.3 million in Energy Department grants.