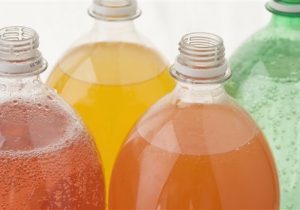 According to CNN, the soda tax would be an extra cost on top of the 8 percent sales tax that already applies to soda.

"The new tax goes into effect on Jan. 1, 2017 and is estimated to raise $91 million a year," explains the article. "That money will be used to fund pre-K expansion, community schools, reinvestment in parks and recreation centers, and add to the City’s General Fund. It will also fund tax credits that the council approved for retailers that sell "healthy" beverages.

According to Americans for Tax Reform, a taxpayer advocacy group, Hillary Clinton endorsed the soda tax even after she pledged to the American people that she would not raise taxes on anyone earning less than $250,000.

Bernie Sanders noted Clinton’s inconsistency on this policy saying, "Frankly, I am very surprised that Secretary Clinton would support this regressive tax after pledging not to raise taxes on anyone making less than $250,000."

"This proposal clearly violates her pledge," he said. "The mechanism here is fairly regressive. And that is, it will be increasing taxes on low-income and working people."