Teachers' union president Randi Weingarten is plotting a teachers' strike to shut down schools in Puerto Rico, according to a conversation overheard Friday in the first-class car of an Acela train heading to New York.

Weingarten said she does not want to use the word "strike," but wants to use the strategy of recent teacher walkouts in Oklahoma and West Virginia as a model to fight against school-choice reforms.

"We never use the word strike," Weingarten was overheard saying on the phone in a first-class car. "We are a human shield for the kids … teachers are doing this in the stead of parents and kids."

Weingarten said the union's goal should be "cloaking this in Oklahoma and West Virginia" and asked the unknown person on the other end of the line, "Does that concept work?" Weingarten also mentioned working with the "lobbyists we have" on the plan.

"We should be careful about the words we use," Weingarten cautioned.

"It shouldn’t be a surprise to anyone that I would be talking about how to fight back against the attacks on public education in Puerto Rico and that educators want to act as a human shield to protect public schools and their students just as they’ve done in West Virginia and Oklahoma," Weingarten told the Washington Free Beacon. "It’s too bad whoever was listening to my phone conversation didn’t get it right and the Free Beacon would rather cover what people overhear on trains instead of what’s happening on the ground in Puerto Rico in terms of the school closings and the all out assault on public education on the island. What the governor is doing is destroying what the hurricane didn’t destroy and escalating the exodus. It is a catastrophe."

Weingarten's protest plan to shut down schools comes after she protested Puerto Rico's decision to close 238 schools last week in the aftermath of the devastation of Hurricane Maria. Officials say school enrollment has dropped by 38,700 students in just one year because of the hurricane and departing families.

The school-choice legislation signed by Rosselló allows for the establishment of charter schools and voucher programs to fund private school.

"For the first time, 10 percent of the schools will have charter school pilot programs, which will be run independently from the district schools," the Washington Post reported. "Private school vouchers will be offered in the 2019-20 school year to 3 percent of students."

Weingarten said the school closures and choice reforms that will give vouchers to nearly 10,000 students were an "attack" on students.

"By backing closures, charter schools, and so-called school choice, the governor and his education secretary are imposing chaos and sowing more instability for the families and communities vital to Puerto Rico's recovery," Weingarten said in a statement. "In their eyes, teaching, learning, and economic recovery isn't as important as feeding Wall Street vultures. We will fight this perversion of priorities."

After the school-choice bill passed, Weingarten hinted her group was not finished fighting the reforms.

"This fight is far from over," she said. "We are disappointed the powers that be in Puerto Rico have bought the wrongheaded [Education Secretary Betsy] DeVos and Trump spin that charters and vouchers are a panacea." 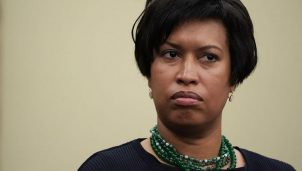