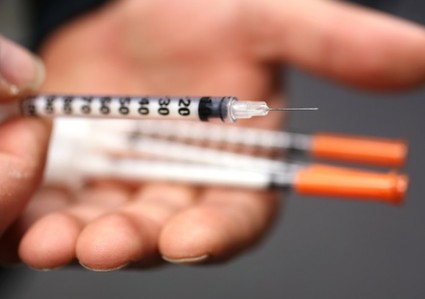 The Department of Justice has spent more than $330 million on "drugs and biologicals" for the federal prison system during the Obama Administration, almost three-and-a-half times as much as the amount spent during the Bush Administration’s entire eight years.

A total of 41,658 contracts amounting to $332.5 million were awarded for pharmaceuticals by the DOJ for the federal prison system under the Bureau of Prison jurisdiction during fiscal years 2010 through 2015, according to the government’s official spending database.

During the eight years under President George Bush’s administration, a total of $95 million was spent by DOJ on pharmaceuticals for FY 2002 through FY2009.

Contracts awarded for "biological/drugs" by the DOJ have continued to rise in number since Obama took office. In FY 2009, Bush’s last budget, a total of 3,035 contracts were signed for inmates’ drugs. In 2010, the number of contracts awarded more than doubled, climbing to 7,767.

Between 2009 and 2010 the inmate population grew by just 1,500, according to the Congressional Research Office.

The contracts for drugs increased even more in 2011, 2012, and 2013. Over 9,000 contracts were awarded for inmates’ pharmaceuticals during each of those fiscal years.

When contacted for comment, the DOJ referred the Washington Free Beacon to the Bureau of Prisons. A BOP spokesman requested questions be submitted via email, but did not respond.

During the years when inmate growth was at its lowest levels, the number of contracts and amount spent on pharmaceuticals exploded, according to the spending database.

Pharmaceutical prices have increased modestly over the past five years and would have accounted for only a minor increase in the contract amount for inmates’ pharmaceuticals. Prices rose 3 percent between 2009 and 2010. In 2010, they rose 6.9 percent. Generic prices increased 5.3 percent in 2012.

It is unclear whether federal inmates receive brand name or generic prescriptions.

The McKesson Corporation of San Francisco is the vendor that has received the majority of the contracts and its website shows it distributes brand name, generic, and over-the-counter medications.

A sample of the contracts shows some federal facilities spending millions for its inmates. The Federal Medical Center Devens in Massachusetts, with its 1,145 inmates, has numerous million-dollar contracts.

Some contracts detailed the type of pharmaceuticals ordered. For instance, the Federal Correctional Complex of Coleman in Florida spent $160,000 for "15 HIV Medications" for the month of February of this year. Several other contracts for similar amounts for HIV medications were also found for other facilities. HIV drug orders appear to be submitted separately from the other pharmaceutical contracts.

Other examples of massive spending on federal inmates include California’s Forrest City FCI, which signed a contract for over $600,000 on October 8, 2013 for its inmates’ pharmaceuticals for a one month period.