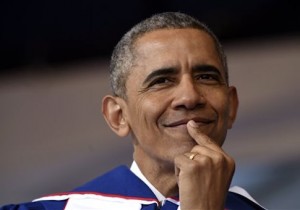 The Social Security Administration has announced the details of a new rule that would bar many receiving federal disability payments from owning firearms.

The proposed rule is part of President Obama's push to tighten gun laws while bypassing Congress. News of the plan to add some Social Security recipients to the National Instant Criminal Background Check System, or NICS, was first uncovered by the Los Angeles Times last summer and has faced fierce opposition from gun rights groups ever since.

President Obama announced in January that he was officially ordering the Social Security Administration to start the process for implementing the rule.

The rule would require the agency to report recipients with a representative payee who meet certain criteria to the NICS, thus keeping them from being able to legally purchase or posses a firearm. Currently there are millions of recipients who have their finances managed by a representative payee, but most of them will not be reported to NICS under the proposed rule.

That represents a significant retreat from the policy that was originally floated. It was first reported that the rule would mirror one implemented at the Veterans Administration, which affects all veterans with a representative payee.

Though Social Security's rule limits the scope of those banned from owning firearms compared to the VA it would still potentially target a larger group of people. Tens or hundreds of thousands of Americans could be affected.

"We recognize that there is no perfect fit between: (1) Our adjudication regarding a claimant's entitlement to benefits and determination of whether to designate a representative payee; and (2) the regulatory definition of an individual who is subject to the Federal mental health prohibitor," the proposal reads. "Considering the relevant regulatory factors, discussed above, however, we believe that there is a reasonable and appropriate fit between the criteria we use to decide whether some of our beneficiaries are disabled and require a representative payee and the Federal mental health prohibitor."

The Social Security administration lays out five specific criteria for recipients they plan to add to NICS. Those the agency plans to target must have filed a disability claim, been determined to be disabled because of a mental impairment, been officially diagnosed as mentally impaired, between the ages of 18 and 65, and have been assigned a representative payee because they were found by Social Security to be incapable of managing their benefit payments.

The rule also includes a procedure for recipients to challenge the agency's determination that they should be added to NICS.

The rule does not require that a recipient be determined to be a threat to themselves or others before being barred from gun ownership. That's a major sticking point for gun rights advocates.

"The Social Security Administration’s proposal doesn’t require an individual to be adjudicated mentally defective or to pose a risk to himself or others," Lars Dalesiede, a NRA spokesman, said. "Instead they are set to strip away your constitutional rights just because you meet a set of criteria established by a group of faceless bureaucrats you’ll never meet. That puts thousands of Americans in the terrible position of choosing whether to pay their bills or give up their constitutional rights."

The group called the president's push for the new rule "embarrassing and shameful."

The rule will undergo a public comment period in which Americans can share their opinion with the Social Security Administration for the next 60 days.