One of New York's top medical associations reiterated its opposition to assisted suicide as lawmakers debate a bill to allow the practice.

The Medical Society of the State of New York (MSSNY) rejected a bill that would allow doctors to prescribe lethal doses of medication to patients that have received terminal diagnoses. Dr. Arthur Fougner, the group's president, acknowledged that end-of-life care is a "complex issue," but said that any bid to legalize the practice would harm "vulnerable populations."

"There are great disparities in access and quality of care at the end of life and we are particularly concerned about the impact of Medical Aid in Dying on vulnerable populations," Dr. Fougner said in a statement. "The Medical Society of the State of New York is opposed to physician assisted suicide."

The medical society's concerns echo frequent criticism made by assisted suicide opponents, especially from disability groups and minority communities that are more likely to lack adequate health coverage. The legislation could give insurance companies an incentive to cut costs by refusing to cover expensive life-saving care and opt instead for a one-time dose of poison. Kristen Hanson, widow of pioneering anti-assisted suicide activist J.J. Hanson and a spokeswoman for the Patients Rights Action Fund, called the association's announcement "welcome news." An upstate New York resident, she has testified against the legislation in Albany and similar bills in statehouses across the country.

"The reaffirmation of the MSSNY's opposition to assisted suicide comes as the New York legislature considers this bad public policy, which is ripe for abuse, coercion, and mistakes," Hanson said. "New Yorkers, especially the terminally ill, those of advanced age, and persons living with disabilities, can continue to count on the dedicated doctors of New York to care for them in their time of need."

Proponents of assisted suicide discounted the medical society's opposition, pointing to a poll of 600 physicians that found 56 percent support assisted suicide. Corinne Carey, senior New York campaign director for Compassion & Choices, said the group "damaged its credibility" by maintaining its longstanding opposition. The announcement, she said, would not sway the Democrat-controlled legislature.

"We don't think the Medical Society of the State of New York's opposition to the Medical Aid in Dying Act will significantly influence lawmakers," Carey said. "The medical society severely damaged its credibility with lawmakers on this issue last year after testifying its members opposed medical aid in dying, but then refused to release its survey results or provide them to the Legislature."

The Medical Society's resolve to maintain opposition has come as doctors lobbies in other states have reversed their policies and pursued "neutral positions" on the question of assisted suicide. Medical associations in Massachusetts and Connecticut have both embraced a "neutral" position in recent years, though neither state has yet to pass legislation. Dr. T. Brian Callister, governor of the Nevada College of Physicians, said that maintaining traditional opposition is key to preserving medical ethics.

"It sends a clear and concrete message that the physician's role as healer and comforter does not include being a purveyor of death. To treat and to alleviate illness, pain, and suffering will always be our role, but to participate in overt killing will never be," Callister told the Washington Free Beacon.

He called the spread of assisted suicide to eight states and the District of Columbia a "cancer." He added that the practice opens the door to euthanasia, pointing to European countries that have seen assisted suicide spread from the terminally ill to the disabled, depressed, and even children as young as nine.

"Euthanasia is the natural evolution of physician assisted suicide—you can not ethically oppose one without ethically opposing the other because one necessarily leads to the other," Callister said. "We need to stand up now and stop this cancer of physicians becoming complicit in killing their patients."

The New York association said that policymakers should work on expanding access to palliative and hospice care. It has formed a task force to explore the issue and pledged to work with physicians and lawmakers on both sides of the debate.

"MSSNY is committed to work with physicians and groups on both sides of this difficult question to improve access and quality of palliative care for all of our patients, particularly in their last days," Fougner said.

New York is debating the issue just weeks after neighboring New Jersey legalized the practice. In 2017, New York's highest court rejected a lawsuit claiming that the ban on assisted suicide violated patients' rights under the state Constitution. The unanimous opinion affirmed that there was no right to lethal medication, but some justices added that law to legalize the practice would likely survive judicial review. 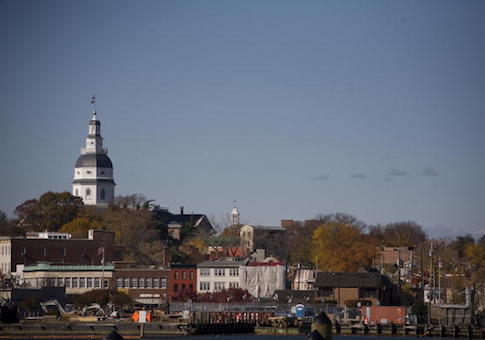