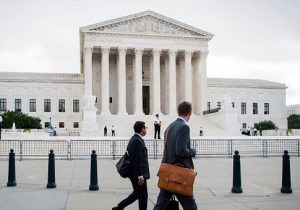 The National Rifle Association on Monday called New York City's proposed change to the gun law set to be examined by the Supreme Court a "feeble attempt to stop the lawsuit over the city’s unconstitutional firearm travel ban" that shouldn't prevent the Court from hearing the case.

"New York City's problem is they think they're regulating a privilege instead of a fundamental, constitutional right," Chris W. Cox, executive director of the NRA's Institute for Legislative Action, said in a statement. "The city's attempt to slightly modify its unconstitutional law is a nakedly transparent delay tactic. We are confident that the U.S. Supreme Court will reject New York's shenanigans and allow the case to proceed."

Earlier this month, the city filed a motion informing the Court that a proposed rule change would address the complaints made by the gun-rights activists suing the city. It said the restrictions on traveling outside of the city with a legally owned gun would be reduced and gun owners would be able to legally travel to a few new locations with their firearms.

"The proposed rule," Richard Dearing, a lawyer representing the city, told the Court, "would amend S 5-23(a) to allow premises licensees to transport a handgun listed on their premises license directly to and from any of the following additional locations, provided that the handgun is transported unloaded, in a locked container, with the ammunition carried separately: Another premises of the licensee where the licensee is authorized to have and possess a handgun; A small-arms range/shooting club authorized by law to operate as such, whether located within or outside New York City; and A shooting competition at which the licensee may possess the handgun consistent with the law applicable at the place of the competition."

The city said the changes would resolve the issues central to the case and asked the Court to delay hearing the case until after the rule change went into effect.

"If adopted in accordance with established procedures, the proposed rule would render this case moot before the parties complete the merits briefing in this case," Dearing said. "For this reason, I also write to request that the Court stay the current briefing schedule pending final action on the proposed rule."

The New York State Rifle and Pistol Association responded with its own filing on Friday.

"This litigation has been ongoing for more than six years," Paul D. Clement, a lawyer for the group, told the Court. "Throughout those six years, respondents have vigorously defended the City's novel handgun transport ban, which prohibits law-abiding New Yorkers from taking their licensed handguns anywhere—including any legal destination outside of the state of New York—other than the meager seven authorized shooting ranges within the limits of the 8.5-million-person city."

The group argued there is no reason for the Court to delay proceedings in the case even if the city does end up changing their law.

"This Court routinely grants certiorari despite the possibility that subsequent government action could move the proverbial goalposts or otherwise shape the issues being reviewed," Clement said. "If this Court routinely stayed the briefing in cases involving potential government action of that nature, it would be difficult for cases involving potentially unlawful government action to be briefed at all. There is certainly no reason to put the briefing on hold here merely because respondents have initiated a rulemaking process."

The NRA said the city's proposed law change is evidence that it knows its gun law violates the Second Amendment and is merely an attempt to prevent the Supreme Court from reinforcing precedents set in other landmark gun-rights decisions.

"The City of New York clearly knows that its current restrictions on the carrying and transportation of lawfully owned firearms are unconstitutional and will fail under any standard of constitutional review, as the NRA has been saying for years," Cox said. "This is nothing more than a naked attempt by New York City to resist Supreme Court review of policies that even New York must recognize as inconsistent with the holdings in District of Columbia v. Heller and McDonald v. City of Chicago. The City of New York did not respect its citizens' Second Amendment rights before the Supreme Court granted review in this case and it will not respect them going forward."