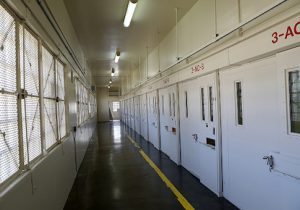 Votes in the state House of Representatives and Senate came through with veto-proof majorities, the Associated Press reported. Gov. Chris Sununu (R.) vetoed a previous death penalty repeal last June. But in November's elections, Democrats clinched a super-majority in the legislature.

The result was last week's 17 to 6 vote in favor of repeal in the Senate, following a 279 to 88 vote in the House last month. The bill will now go to Sununu's desk.

"Gov. Sununu continues to stand with crime victims, members of the law enforcement community and advocates for justice in opposing a repeal of the death penalty," a spokesman for Sununu said in a written statement (he did not indicate if Sununu would veto the bill).

If the bill makes it into law, New Hampshire will join 20 other states which have abolished the death penalty. It will also be the last state to abolish the death penalty in New England—neighbor Maine abolished capital punishment as far back as 1887.

Although it has retained the death penalty, New Hampshire has not actually executed anyone since 1939. The state's death row has a single occupant, Michael Addison, who was sentenced for the 2006 killing of Police Officer Michael Briggs. The death penalty repeal bill does not apply retroactively to Addison, but opposed lawmakers fear it will be used as an excuse to reduce his sentence.

"The day that this passes and is signed into law, Mr. Addison's sentence will be converted to life in prison," State Sen. Sharon Carson (R.) told the AP. "Please talk to Mrs. Briggs about that, the wife of the police officer that was murdered in the line of duty. She will not be able to speak to her husband again, whereas Mr. Addison will be able to talk to his family and have them come up to visit him."

New Hampshire's attempt at abolition is part of a nationwide wave of legislation aimed at ending the death penalty in as many states as possible. Thus far, an attempted repeal in Wyoming has failed; others remain pending. In California, Gov. Gavin Newsom (D.) acted against multiple recent referenda on abolition by unilaterally suspending the death penalty while he is in office. And in Washington State, the Supreme Court declared the death penalty as presently implemented unconstitutional late last year.