A dark-money network of liberal groups and initiatives has pushed millions in funding to organizations that advocate for abortions.

Arabella Advisors establishes groups under trade, or fictitious, names, and acts as their "fiscal sponsor," which allows the groups to avoid filing public returns to the Internal Revenue Service. The network also acts as a "pass-through" entity for left-wing donors, who do not have to mark their money as going to the exact group that they are funding, but rather can make out the contributions to the particular arm at Arabella where the group is located.

Lady Parts Justice bills itself as "the first not safe for work, rapid response reproductive rights messaging hub that uses comedy, culture and digital media to sound the alarm about the terrifying erosion of access to reproductive rights." The group, which shares controversial content on its website, routinely posts messages of support for abortion on social media and came out in opposition to efforts to ban third-trimester abortions.

Lizz Winstead, the co-creator of the Daily Show, leads the group and announced in late May that Lady Parts Justice and its sister Lady Parts Justice League, which falls under another arm at Arabella, would be changing their names to the "Abortion Access Force" and the "Abortion Access Front." The group stated on their website that their old names made them sound like "radical anti-trans, exclusionary creeps" and wanted the names to be more inclusive for all genders. "Let's be clear: not all ladies have uteruses," the group wrote. "And not everyone with a uterus identifies as a woman. Full stop."

The Sixteen Thirty Fund has disbursed at least $779,000 in grants to groups that advocate for abortion between 2014 to 2017. This money also went to outside groups including a $100,000 to the National Institute for Reproductive Health, which works to "change state and local electoral and policy landscapes" in order to "galvanize" public support for abortion, and $485,000 to the Center for American Progress, which advocates for "reproductive rights."

Abortion on Our Own Terms is a trade name registered to Arabella's New Venture Fund arm, which houses 501(c)3 nonprofit groups, according to records filed to D.C.'s Consumer and Regulatory Department.

Abortion on Our Own Terms advocates for wide accessibility to the "abortion pill," which allows women to self-manage an abortion in their homes. "There are many reasons one might prefer to end their own pregnancy at home. It may feel more natural, like having a miscarriage," the group states on its website. The group envisions a future where "abortion pills [are] available openly" and can be "picked up at your local drug store or ordered online."

All* Above All, another group at the Sixteen Thirty Fund, works to "build support for lifting the bans that deny abortion coverage" and support restoring public insurance coverage so that women "can get an affordable, safe abortion care when she needs it."

"The name All* Above All reflects our positive and powerful belief that each of us, not just some of us, must be able to make the important decision of whether to end a pregnancy," the group writes. "For too long, politicians have been allowed to deny a woman’s abortion coverage just because she is poor. We believe that the amount of money a woman has or doesn’t have should not prohibit her from having an abortion. We are uniting so every woman can make her own reproductive health decisions without political interference. We are standing up to say ‘enough.'"

The New Venture Fund gave at least $5.9 million in grants to groups that advocate for abortion between 2012 and 2017, according to its tax forms.

Arabella has facilitated a total of $1.6 billion in stealth contributions from Democratic donors to liberal groups in recent years, the Capital Research Center found in a recent investigation.

"The line between philanthropy and political advocacy at Arabella is blurry indeed. Most of the projects hosted by the four Funds and financed by Arabella’s donors advocate for controversial positions on social issues, for the expansion of government—or both," the center said. "Yet thanks to the unique financial arrangements of the network and the lack of donor disclosure, it is impossible to trace which organization pays for the various campaigns and political movements spawned by Arabella’s Funds."

The Democracy Alliance, the left's largest dark-money donor network, additionally uses Arabella to push money to some groups and initiatives that its secretive members back. Members of the alliance have pushed more than $1.83 billion into progressive infrastructure since its inception in 2005, according to internal documents previously obtained by the Washington Free Beacon.

Arabella did not return a request for comment by press time. 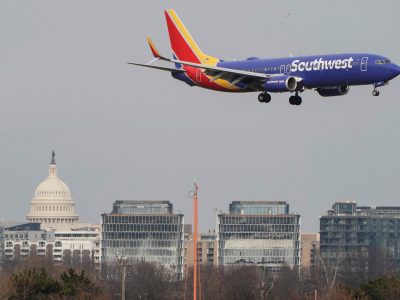