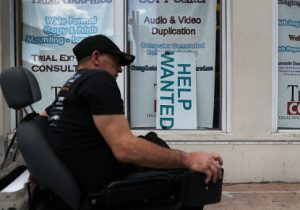 Most unemployed Americans favor repealing Obamacare and say it would be easier to get a job if there was less illegal immigration, according to a survey from Express Employment Professionals.

The group surveyed 1,500 Americans age 18 and older who were unemployed from March 14 to April 6. Although most of those surveyed favored Democratic candidate Hillary Clinton over Republican Donald Trump in the election, they expressed support for conservative policies such as repealing the Affordable Care Act and limiting illegal immigration.

In addition, 58 percent of the unemployed said it would be easier to find a job if there was less illegal immigration while 42 percent did not agree.

"While Democrats and Republicans seem to be polarized, the views of the unemployed appear to be much more mixed," said Bob Funk, CEO of Express Employment Professionals. "Among unemployed Americans who voted, Hillary Clinton was the clear winner, but in general the unemployed are expressing opinions on health care and immigration that might put them more in line with President Trump."