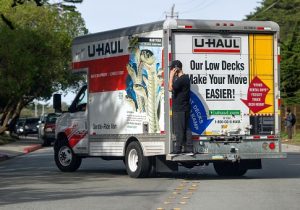 Illinois, New Jersey, and New York were the top states in the nation for outbound moves in 2017, according to data from United Van Lines.

United Van Lines, which tracks state-to-state migration patterns, found that Illinois was the top state for outbound migration with 63 percent of moves going out of state.

The other states that led the nation for the highest outbound migration were Kansas, Ohio, Kentucky, Utah, and Wisconsin.

The 10 states with the highest inbound migration were Vermont, Oregon, Idaho, Nevada, South Dakota, Washington, South Carolina, North Carolina, Colorado, and Alabama. The data find that more Americans are moving to the Mountain West and the South.

"This year's data reflect longer-term trends of movement to the western and southern states, especially to those where housing costs are relatively lower, climates are more temperate and job growth has been at or above the national average, among other factors," said Michael Stoll, economist and professor in the Luskin School of Public Affairs at the University of California, Los Angeles. "We're also seeing continued migration to the Pacific Northwest and Mountain West as young professionals and retirees leave California."

According to the Tax Foundation, there is a relationship between taxes and migration.

"Individuals move for a variety of factors," the group states. "Climate, job opportunities, family, among others, impact the decision to relocate. Taxes can influence the decision too."

"Someone moving to Chicago for a new job could decide to live in Illinois or commute from Indiana," the group says. "Indiana's 3.3 percent individual income tax rate could be an encouragement to locate in that state over Illinois' 3.75 percent rate. An individual moving to the Washington, D.C., area could decide to live in Virginia instead of the District because income taxes are lower."