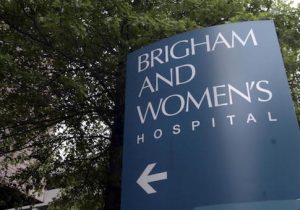 Brigham and Women's Hospital, a teaching hospital of Harvard Medical School, is taking down its prominent display of its past medical legends because too many are white men.

Diversity and inclusion initiatives prompted the removal of 30 portraits from the hospital's Bornstein Amphitheater because the paintings reinforce "that white men are in charge," one professor said. The Boston Globe first reported the news, writing that past white male luminaries will be dispersed to "put the focus on diversity."

Portraits that had hung in the amphitheater for decades will now be moved to less visible areas like conference rooms and lobby halls.

Dr. Betsy Nabel, the president of Brigham and Women's Hospital, said she made the decision to get rid of white men after reading the minds of minority students looking at the portraits.

"That got me thinking maybe it's time that we think about respecting our past in a different way," she said.

Nabel said no one on staff has objected to taking down portraits of past department heads, which include Dr. Harvey Cushing, the "father of neurosurgery," who studied at Harvard and Yale and became surgeon-in-chief at Peter Bent Brigham Hospital in 1913.

Cushing operated on hundreds of patients each year with "remarkable results," and his meticulous notes and case studies provided the "history of neurological medicine from its beginning."

Another prominent portrait to be moved is Dr. William Councilman, the first chief pathologist at Brigham Hospital. Cushing described Councilman as "a man of ardent and generous enthusiasms" and an "inspiring teacher for the young and such a delightful companion both for young and old."

The portraits of Cushing, Councilman, and Dr. Henry Christian, Brigham's first chief of medicine, will be moved to the entrance of the Hale Building for Transformative Medicine. The Hale Building is named after Robert Hale Jr., a white male and CEO of Granite Telecommunications, who, along with his wife, donated $100 million to Brigham, the largest donation the hospital has ever received.

Dr. Nabel said no staff at Brigham Women's Hospital has "openly" objected to the removal of the portraits and getting rid of the prominent display of white men has been in the works for years.

The Globe spoke to Dr. Jeroan Allison, a University of Massachusetts Medical School professor, who recommended that portraits of white men "should be hung within a broader context that includes modern contributions from more diverse leaders."

Allison said when so many portraits of white men are hung together in a small space, "it reinforces that white men are in charge."

"Through our work, we have learned that inclusion is about feeling respected and valued for who you are and that the goal is to find ways to honor and celebrate each individual," according to the hospital's Diversity and Inclusion program in the nursing department, which strives to offer "inclusive care."

"We seek to create a safe space for dialogue and ideas that can begin to change, where needed, our interactions and behavior in our day-to-day interactions with one another and with our patients," the department said. "It is one more positive step toward co-creating a caring and inclusive environment."

"Diversity, a long-standing value of ours, is more important now than ever before to truly improve our health care system," according to the Center for Development and Diversity.

Doctors and nurses are also encouraged to take an unconscious bias test to see how racist or sexist they are.

The diversity department warns against unconscious bias and provides the examples of making assumptions that "Women are always primary caregivers," "Someone is gay based on a certain haircut," or "An overweight person is unmotivated."

"Begin by recognizing that you—and everyone else—have unconscious bias," the hospital said.

Brigham and Women's Hospital was the recipient of the over $3.5 million taxpayer-funded study that asked why the majority of lesbians are obese. The study's findings included the discovery that gay men have a "greater desire for toned muscles" than straight men, and that lesbians have lower "athletic-self esteem."

Request for comment on the removal of the white male portraits was not immediately returned.

No word on whether Brigham and Women's Hospital will change its name, which is named after Peter Bent Brigham and his nephew Robert Breck Brigham, who gave the initial endowments used to found the hospital in the 19th century. Both were wealthy white males.