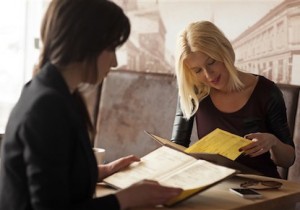 The Food and Drug Administration (FDA) is delaying an Obamacare regulation requiring restaurants to display calorie information until December 2016 after businesses complained they did not have sufficient time to comply with the complex rules.

The FDA’s rule, which is the latest Obamacare regulation to be delayed, went into detail on whether pumpkin spice muffins should be labeled, but remained vague as to what the definition of a menu is, was set to take effect on Dec. 1.

"The Food and Drug Administration … is extending the compliance date for the final rule requiring disclosure of certain nutrition information for standard menu items in certain restaurants and retail food establishments," the agency said in a notice to be published in the Federal Register on Friday.

"We are taking this action in response to requests for an extension and for further clarification of the rule’s requirements," the FDA said.

The 319-page regulation, mandated by Obamacare, is estimated to cost industry $1.7 billion to comply. The rule requires restaurant chains with 20 or more stores to list calorie information for nearly every food item, and a "succinct statement" that "2,000 calories a day is used for general nutrition advice, but calorie needs vary," on each menu board.

Vending machines must also display calorie information, though that part of the regulation was already set to take effect in December 2016.

Violations of the regulation can carry civil and criminal penalties, of up to a $1,000 fine, one year in prison, or both.

Domino’s, a leading critic of the rule claimed that it is "impossible to comply" with its requirements, said the delay is not enough to fix the regulation.

"FDA’s delay confirms both the serious deficiencies in the final rules and the urgent need for enactment of the bipartisan Common Sense Nutrition Disclosure Act (H.R. 2017)," said Lynn Liddle, executive vice president of Domino’s and chair of the American Pizza Community, in a statement. "Unfortunately, FDA proceeded with an approach to final rules that impose significant compliance costs without achieving any meaningful improvements in consumer education."

"After years of uncertainty, FDA still has not addressed basic questions regarding implementation," she said.

The proposed legislation, sponsored by House Republican Conference Chairman Cathy McMorris Rodgers (R., Wash.), would give businesses greater flexibility in how to display calorie information. The bill would allow companies where the majority of their orders are carryout and delivery, such as pizza chains, to display the information online.

The Common Sense Nutrition Disclosure Act also clarifies that an advertisement, coupon, flyer, window display, or post on social media is not a menu, which the regulation implied. The rule defined a menu as anything "used by a customer to make an order selection at the time the customer is viewing the writing."

"The FDA’s self-admission that these regulations are unclear, unpractical, and unworkable is welcome, but a one-year delay doesn’t change the underlying problem on the books—a one-size-fits-all, 400-page regulation that is nearly impossible to follow," Congresswoman McMorris Rodgers told the Washington Free Beacon. "Providing consumers accurate, clear, consistent nutritional information is everyone's priority, but it doesn’t have to come at the expense of commonsense."

The FDA said they received "numerous requests asking us to further interpret portions of the final rule" since it was finalized last year. Businesses asked for more time due to the need to change all of their menus, and train staff.

"The U.S. Food and Drug Administration appreciates and takes very seriously the extensive input it has received from stakeholders throughout the process of establishing requirements for menu labeling in restaurants and other retail food establishments," FDA Deputy Commissioner for Foods and Veterinary Medicine Michael R. Taylor said. "The FDA is committed to working collaboratively with those establishments covered by the menu labeling final rule, including chain restaurants, covered grocery stores, and others to facilitate timely and efficient implementation of the new requirements."

The FDA is still planning to issue a "draft guidance document" to businesses further clarifying the rules and will "provide educational and technical assistance for the covered businesses and for our state, local, and tribal regulatory partners to support reasonable and consistent compliance nationwide."