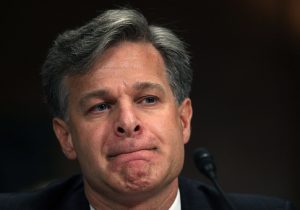 Murder and violent crime rates increased significantly in 2016, according to Federal Bureau of Investigation records released on Tuesday.

Property crime saw a modest decrease in 2016 the report shows. With a rate of 2,450.7 property crime incidents per 100,000 inhabitants, 2016 had the lowest property crime rate since at least 1997. The burglary rate and the larceny rate were at all-time lows in 2016. The motor vehicle theft rate rose to its highest levels since 2010 but was still about half of 1997's rate.

The weapons most likely to be used to commit murder remained relatively unchanged. Of those identified by law enforcement, handguns remained the most popular weapon used in homicides followed by knives, then hands and fists. Blunt objects, rifles, shotguns, narcotics, fire, strangulation, and asphyxiation round out the top 10 most popular murder weapons.

A single person was murdered with explosives in 2016, according to the FBI report.

Handguns were also the most popular weapon used in justifiable homicides committed in self-defense by either law enforcement or private citizens. Nearly every homicide that was determined to be justifiable in the FBI report involved somebody defending themselves with a firearm.

The FBI's Crime in the United States report is compiled from information voluntarily submitted by more than 16,000 law enforcement agencies from across the country. It is released on an annual basis.

"In law enforcement, we must be accountable to the people we serve. To be accountable, we must be transparent," FBI director Chris Wray said in a statement. "We are transparent when we share data and the circumstances surrounding crime rates, and incidents involving law enforcement's use of force. Information that is accurate, accessible, and complete enhances and informs conversations about policing."

Wray encouraged law enforcement agencies to be as transparent as possible in reporting their activities to the public and urged more to participate in the agency's new National Incident-Based Reporting System, which the FBI plans to standardize in the coming years. He said providing the public with the most accurate and up-to-date information on crime throughout the country is a priority for the agency.

"We must continue to be transparent to the citizens we serve," he said. "We must get beyond anecdotal evidence and collect more comprehensive data so that we have a clearer and more complete picture of crime in the United States. We need everyone on board to make this happen. The more complete the data, the better we can inform, educate, and strengthen all of our communities."