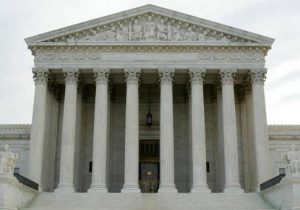 The group called for the overturn of the Supreme Court's ruling in Illinois Brick v. Illinois, Reuters reported. The 1977 precedent means that a purchaser can bring an antitrust claim under federal law against a supplier only if the claimant is the direct purchaser of the good—thereby prohibiting downstream purchasers in a supply chain from seeking antitrust action against original suppliers.

This seemingly arcane point is actually a big deal in the current regulatory environment, because so many large firms—Amazon, Apple, and eBay, to name just a few—serve as platforms for sellers to hawk their wares, while simultaneously evidencing the kind of control which attracts the attention of antitrust regulators. Under Illinois Brick, the State AGs argue, these firms are protected from consumers bringing antitrust actions to remedy their anti-competitive behaviors.

State AGs, not coincidentally, have the power to bring antitrust suits in federal courts on behalf of consumers. Such federal suits, under the Clayton Antitrust Act of 1914, equip the plaintiffs to collect massive damages if successful. If the Supreme Court entertains the AGs' proposal, it will substantially expand the size of the clubs they can use on big tech firms—a goal increasingly shared by policy makers on the left and right.

Interestingly, neither of the parties to the case expected the cadre of Attorneys General to introduce their amici brief. The case in question, Apple Inc. v. Pepper, is about whether or not consumers can sue Apple under federal antitrust law, given that they claim they were damaged by prices set not by Apple itself, but by the third-party vendors who use Apple's app store to sell their wares. The consumers actually claimed that the lower court properly interpreted Illinois Brick in allowing their suit to proceed—neither party wants to see the earlier case overturned.

But in the view of the State AGs, Illinois Brick is outdated and needs to be done away with (a conclusion also reached by the bipartisan Antitrust Modernization Commission in its 2007 report to Congress).

"Illinois Brick is an atextual ruling based on a judicial perception of the reliability and burdensomeness of proving indirect purchaser damages and of the resulting incentives for suit," the AGs' brief said. "Since 1977, the economic theory and methodology used to calculate antitrust damages have evolved considerably. And most states now authorize indirect-purchaser claims under state antitrust law. That has led to decades of judicial experience in indirect-purchaser cases with damages analyses, which can no longer be categorically condemned as unreliable or unadministrable."

It is unclear if the Supreme Court will consider the AGs' call at oral arguments (which will likely take place in November). But either way, the brief signals the interest on both sides of the aisle in modernizing antitrust as a tool for combatting big tech's increasing power in the marketplace.