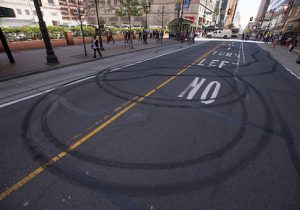 Pennsylvania’s Commonwealth Court ruled Friday that the state Department of Transportation tilted the playing field against nonunion construction companies when it required a "project labor agreement" for any firm that won the bidding on a road improvement project.

The PLA would have meant that any nonunion employer that won the contract for the work in Montgomery County would have to hire its workers for the project through a set of 11 local unions. But the request for bids carved out an exception for contractors associated with United Steelworkers.

Contractor Allan Myers, a nonunion firm, protested the terms of the bid request in December 2017 on the grounds that it essentially barred any companies that didn’t have a union workforce from winning the contract while at the same time providing favored status to United Steelworkers-affiliated companies. PennDOT rejected that protest in February 2018, leading Allan Myers to file a lawsuit in response.

The Commonwealth Court in its ruling Friday, citing its own past decisions, recognized that there are instances where it might be appropriate to require the use of local union workers when there’s a strong time element at play. In one case a convention center needed to be completed in a hurry to meet funding requirements. In another a school needed to be open in time for the new school year. And in the third, an exploding prison population dictated that a new prison had to be completed as quickly as possible.

"Here, by contrast, there is no evidence that the Markley Street Project has a critical deadline, notwithstanding the PLA’s statement that ‘[t]ime is of the essence for the Project,’" the court’s ruling, written by President Judge Mary Hannah Leavitt, states.

The court’s ruling notes that a previous stage of the Markley Street Project had been completed a year early – coincidentally, by a nonunion contractor – further calling into question the supposed urgency of the latest stage.

"Our [prior rulings] did not establish the broad principle that a PLA is appropriate so long as it contains the boilerplate language ‘time is of the essence’ and ‘nonunion contractors may bid,’" the court’s ruling states. "The use of a PLA is permitted where the contracting agency can establish extraordinary circumstances, and PennDOT did not make that demonstration in this case."