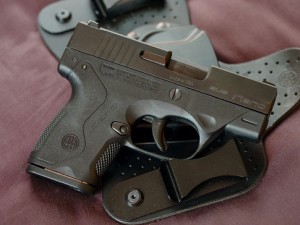 A Detroit woman was able to fight off five home invaders in a shootout early Tuesday morning. The woman, who has a concealed carry permit, took the robbers by surprise after they burst in her bedroom window, WDIV reports.

She was hit in the foot and is expected to be OK. She said she believes at least one of the men was also shot.

Ms. Dee said she got a gun license after her home was broken into three years ago.

Dee credited God with pulling her through the ordeal.