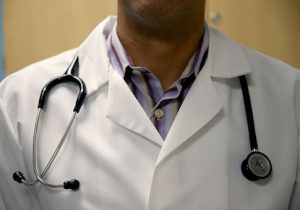 The American Medical Association will continue to oppose the practice of prescribing lethal medication to patients. More than 70 percent of its delegates voted to preserve the AMA code that says "assisted suicide would ultimately cause more harm than good."

"Physician-assisted suicide is fundamentally incompatible with the physician’s role as healer, would be difficult or impossible to control, and would pose serious societal risks," the ethics code says.

Opponents of assisted suicide praised the vote. Matt Vallière, executive director of Patients Rights Action Fund, called it a victory for "patients and people with disabilities who would be at risk for deadly harm through mistakes, coercion, and abuse."

"Patients deserve care and protection, not a prescription for death," he said in a release. "We trust that this decision will encourage states considering legislation to continue to reject assisted suicide."

Several state AMA chapters have taken "neutral" positions on the issue, bucking the national group's long-standing opposition. Monday's vote came one year after the governing body voted to review an ethics panel's recommendation against assisted suicide, rather than approve it outright. AMA president Dr. Barbara A. McAneny said the group has deliberated exhaustively on the topic. She insisted that doctors who partake in assisted suicide would still be held in good standing as "morally admirable."

"[This] vote acknowledged that existing guidance in the Code of Medical Ethics already addresses this ongoing, irreducible moral tension," McAneny said in a statement. "How each individual understands and acts on physicians’ common goals of relieving suffering, respecting autonomy, and maintaining dignity at the end of life is directed by their individual deeply held beliefs."

Compassion and Choices, the nation's leading advocate for medical aid in dying, criticized the AMA decision for its contradictory approach to the issue. The association's position at once declares a practice unethical, but also insists that participants are acceptable. Dr. David Grube, the group's medical director and an AMA member, said the association is trying to preserve a position out-of-step with practitioners. He pointed to several other doctors associations for making room for the practice.

"It defies basic logic for the AMA maintain that medical aid in dying is unethical, but that ethical physicians can provide it," Grube said in a release.

Assisted suicide has become a hot-button issue in recent years with numerous statehouses taking up legalization bills. The practice is legal in eight states and Washington, D.C. Barring a veto from Democratic governor Janet Mills, Maine will soon become the ninth state after its Democrat-controlled legislature approved a legalization bill by a 73-72 margin in the House and a 19-16 vote in the state Senate.