Richard Ossoff, who has bankrolled his son's upstart political career, commissioned China-based Jet-Tern Marine to build the custom vessel in 2008, U.S. Coast Guard records show. Before shipping the yacht to the United States, the company held a "sea trial" for "customers Heather and Richard Ossoff, of Atlanta, Georgia, USA," in order to test the million-dollar vessel's performance, with "many" Chinese dignitaries in attendance.

"The Selene 1519 sea trial was attended by the customers, many dignitaries from Pingsha and Zhuhai, the press, the Deputy Governor, the Bureau Chief, and the editor of China Boating magazine," a since-deleted press release stated. "At many times as many as 40-50 people were aboard but the large yacht never felt crowded."

The yacht boasted a state-of-the-art steering system, an "extensively modified inside" featuring a "quite open and bright" galley and salon area, a lazarette "laid out perfectly" for scuba equipment, and a utility room with a "spacious work area for Mr. Ossoff," according to the release. While it's unclear how much Ossoff's father paid for the yacht, a similar model is listed by Florida Yachts International for $1.3 million. 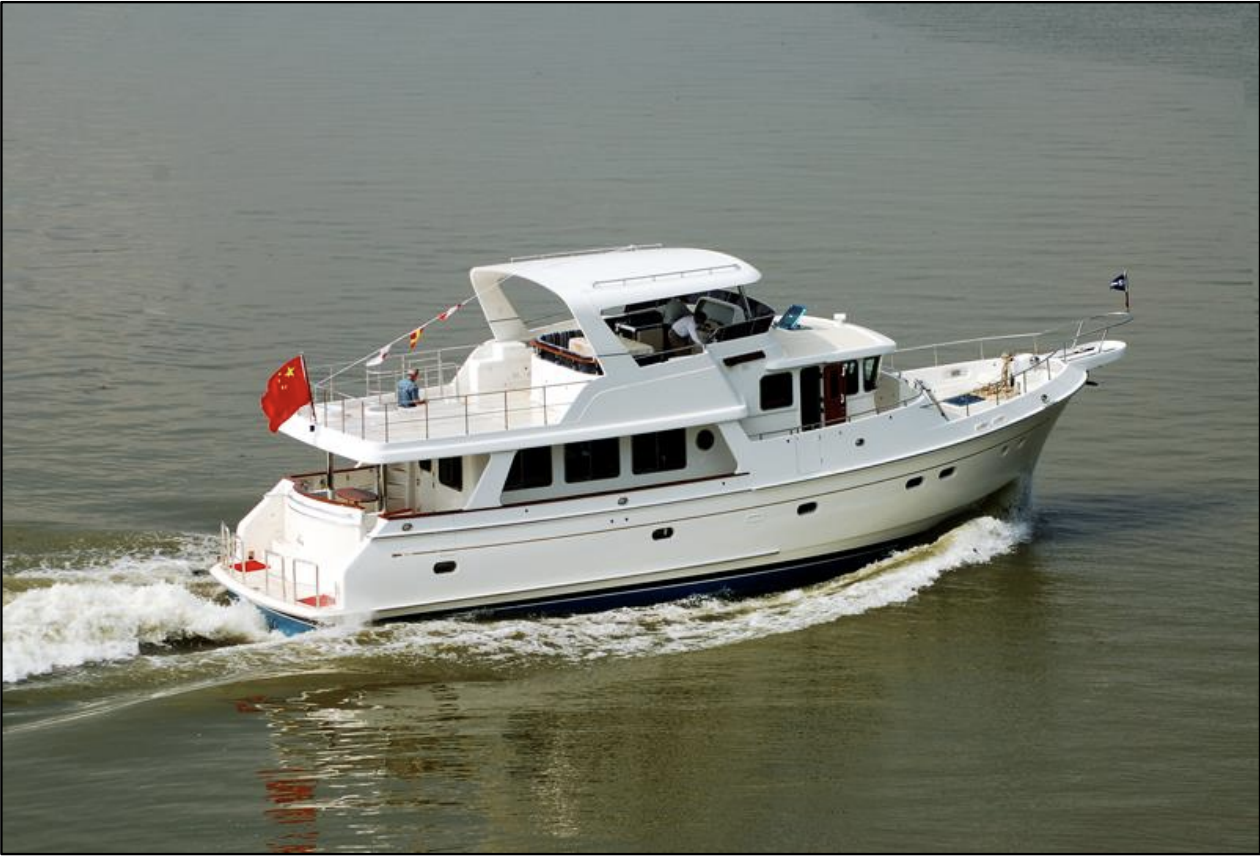 The yacht marks another tie between the Ossoff family and a Chinese company linked to Communist leaders. Jon Ossoff's foreign film company, Insight TWI, has received at least $5,000 from CCP-backed media giant PCCW in the last two years. Ossoff failed to disclose the payment in a May financial report before quietly revealing it in an amended filing issued nearly two months later. His campaign went on to blame a "paperwork oversight" for the discrepancy.

Ossoff has benefited from his father's deep pockets throughout his political rise. The Democrat has taken more than $17,000 in campaign contributions from his father since 2017, and he became CEO of Insight TWI after using a large family inheritance to buy a controlling stake in the company. Ossoff's father also footed the bill for his son's Washington, D.C., residence while Ossoff worked as a legislative assistant under Rep. Hank Johnson (D., Ga.). Ossoff used the job to claim he'd spent five years working as a "national security aide with top-secret clearance," but he later admitted that he had clearance for just five months.

Founded in 1998 by Taiwanese businessman Howard Chen, Jet-Tern operates production facilities in Zhuhai and Dongguan, China. Chen has touted the support of high-ranking Chinese Communist Party officials, including former vice premier Wang Yang, in the past.

"Vice Premier Wang Yang once came to inspect Jet Tern. He gave me his thumbs up, praising me for winning glory," Chen wrote in 2015. "Later, when I started to integrate the industrial chain and capitalize, another leader said that I saved at least 10 years."

Chen went on to praise the government's support of the yachting industry in a 2018 interview. One year later, the Chinese Ministry of Information and Technology named Jet-Tern in its plans to "increase support for the design and manufacturing of yachts," conduct "key supporting scientific research with relevant departments of the state," and "vigorously promote the development of the domestic yacht equipment industry," according to a Chinese news article.

Prior to the vessel's completion, Richard Ossoff submitted a customer testimonial noting his "outstanding" experience with Jet-Tern. He went on to register the yacht, named Cronulla, through Kurnell Equipment, a limited liability company he formed in 2008, the same year the yacht was built. 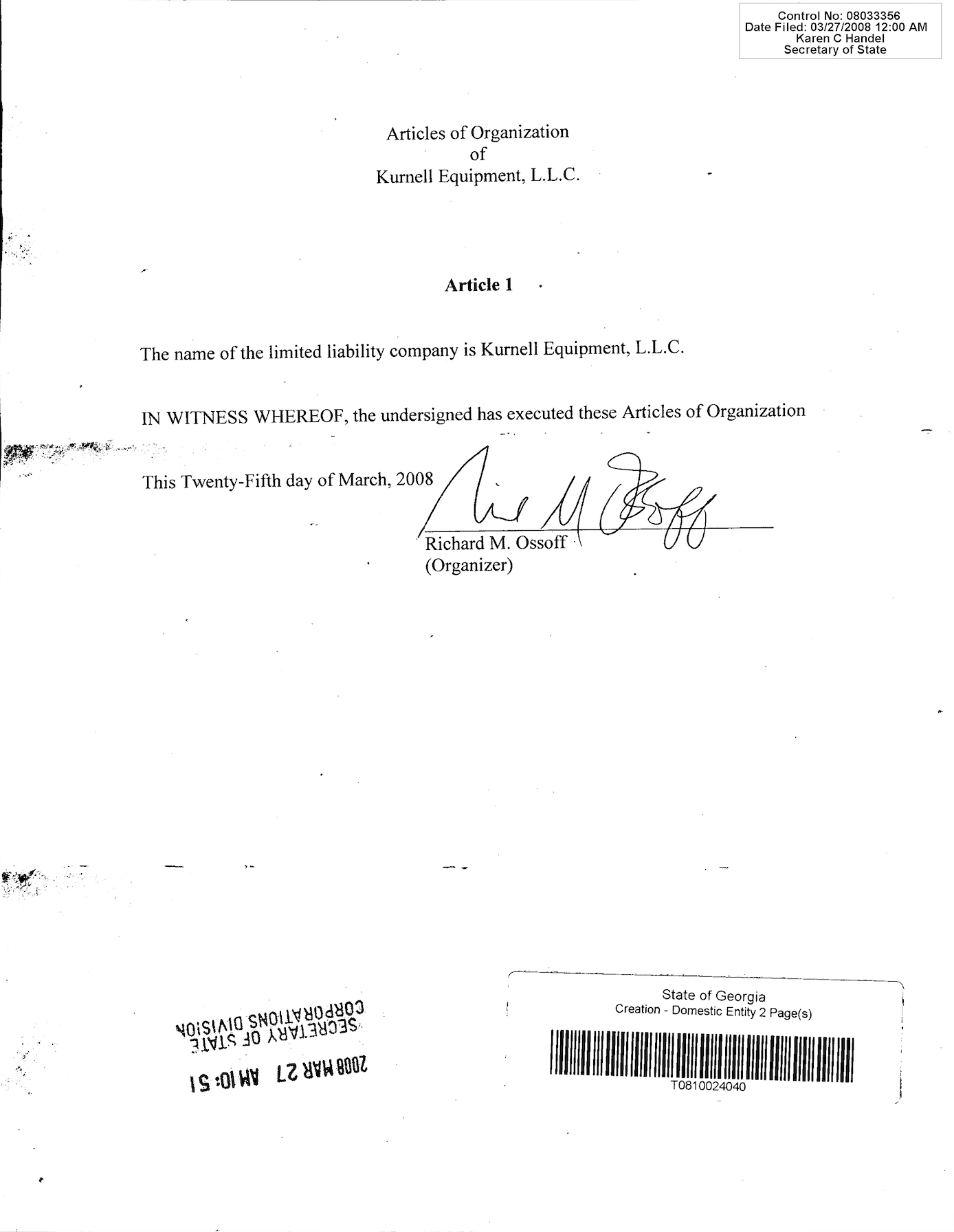 Kurnell Equipment's annual filings with the state of Georgia remain up to date, and the yacht is currently certified with the Coast Guard through January 2021.

Ossoff—whose campaign did not return a request for comment—will face Republican senator David Perdue in Georgia's January 5 runoff election, which is set to determine partisan control of the upper chamber.