New York City mayor Bill de Blasio (D.) on Friday ordered the total elimination of the city's advanced-learning programs in public schools. The move is a major concession in the closing months of the mayor's term to racial-equity activists who have long called for getting rid of the classes.

The classes, known as "gifted and talented" programs, group together elementary school students who perform well on an admissions exam they take when they're four years old. Under de Blasio's overhaul, the programs will be phased out, with the current cohort of enrollees being the last to learn in gifted classes through elementary school.

Critics of the gifted and talented programs say they enforce racial segregation in schools and stand in the way of racial equity. The gifted classes comprise about three-quarters white and Asian students, according to the New York Times. But an April poll found that a majority of New Yorkers support the programs.

"The era of judging four-year-olds based on a single test is over," de Blasio said in a statement. The mayor proposed an alternative to the gifted and talented programs that would see students assessed at the third grade and offered "accelerated instruction" in classes with other students receiving standard instruction.

"Anti-racist" activist groups applauded the mayor's decision. "After years of advocacy, another tool of segregation is being eliminated," said one organization, New Yorkers for Racially Just Public Schools.

Eric Adams, the Democratic nominee for the Nov. 2 mayoral election, has opposed eliminating the gifted and talented programs, instead calling to expand them and offer the courses to more students. If Adams is elected mayor, as he likely will be, he could reverse de Blasio's order. But it would be difficult to do so because he would have to create an alternative and inevitably contentious scheme in the first months of his administration, according to the Times.

A spokesman for Adams told reporters the candidate "will assess the plan and reserves his right to implement policies based on the needs of students and parents."

De Blasio has privately said he plans to run for governor of New York next year, according to a Wednesday report from the Times. 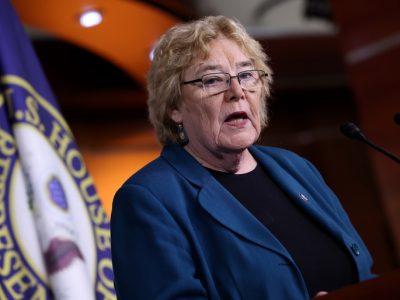