If 2015 will be remembered for anything, cinematically speaking, it’s for being the year of strong women. So many ladies in so many good movies with so many good roles! From the party girl who realizes that she won’t be happy until she finds a good man to settle down with (Trainwreck) to the scantily clad harem of models fleeing through the desert (Mad Max: Fury Road) to the greatest Mary Sue who ever Mary Sued (Star Wars: The Force Awakens), it was a fantastic year for strong female characters. Here’s to many more like them!

A few notable mentions of films that just missed the cut. No Escape was one of the tensest movies of the year and inspired the stupidest PC backlash, so I was pretty disappointed I couldn’t squeeze it in here. And I was surprised by how much I liked Adam McKay’s The Big Short, which dispensed with many true story clichés and felt comfortable breaking the fourth wall to explain some of the more esoteric points of the finance industry. I also quite liked Inside Out, but when I was compiling my short list I totally forgot about it. I didn’t remember it until I was three quarters done with my top ten. That’s … not a good sign.

One note before we get started: I haven’t had a chance to see The Revenant yet. It screened just once, early in December, on the same night I appeared on a panel discussing Star Wars. I guess what I’m saying is, I reserve the right to randomly insert the Leo bear rape movie where I see fit after this is published.

On to the countdown! 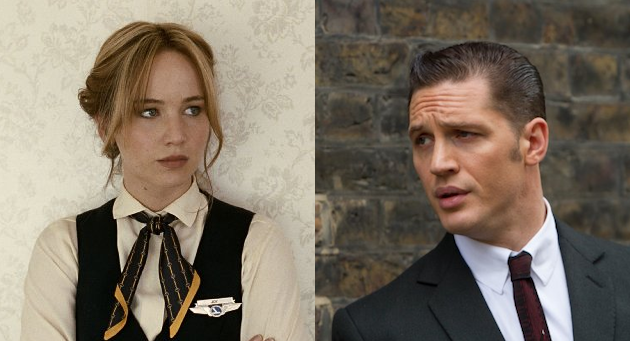 (Legend reviewed here.) I’ll be honest: I don’t think either of these movies is a particularly good bit of storytelling. They’re both scattered and meandering (though Legend is far guiltier of this than Joy). That being said, they feature two of my favorite performances of the year, delivered by two of my favorite performers. I could watch Tom Hardy do his thing all day. Ditto Jennifer Lawrence, the most delightful young hellion on the big screen in some years. These may not be great movies, but they’re great showcases for two great actors. And that has to count for something. 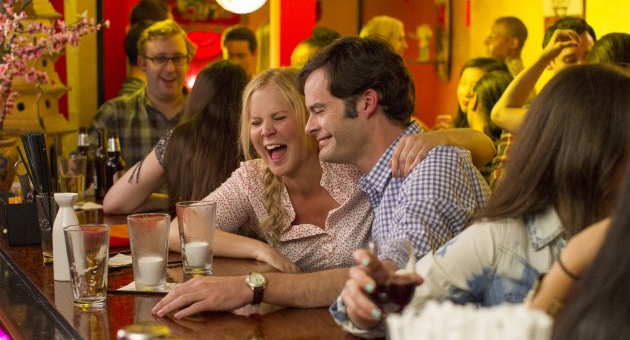 (Reviewed here.) I’m a total sucker for Judd Apatow’s man-children, even when they happen to be women. And Amy Schumer plays the best decadent frat bro on the big screen since Old School. I didn’t laugh harder in a single movie this year than I did while watching this one. 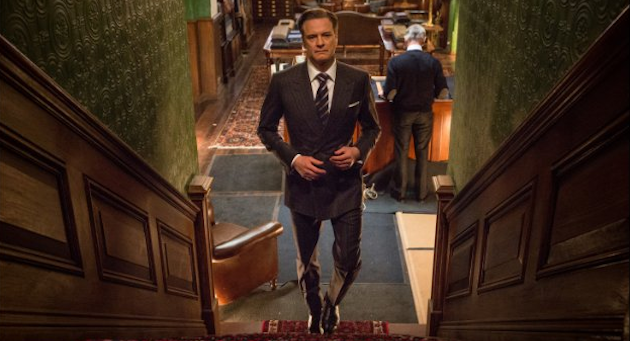 (Reviewed here.) Either the most reactionary film of the year or the most secretly progressive critique of reactionary thinking of the year, Kingsman: The Secret Service was certainly the best spy movie of the year. Director Matthew Vaughn has now given us the most impressive deconstructions of the comic book and spy movie genres. One wonders what he’ll set his sights on next. 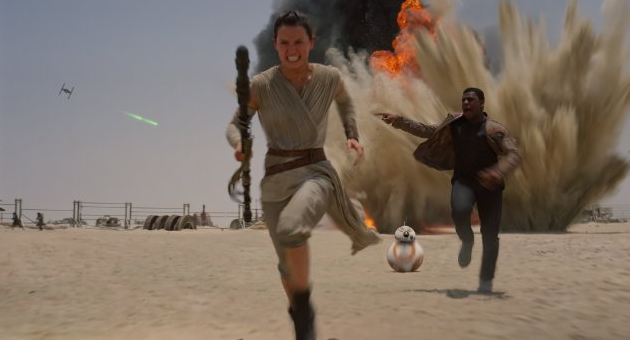 (Reviewed here.) Fun fact: someone can both like a movie and be critical of it! And there’s a lot to critique in The Force Awakens, from the plot holes to the thinly sketched characters. But there’s also lots to love: the return of Han Solo, the revitalization of a dormant franchise, the simple joie de vivre of the entire production. It’s not a perfect film or even necessarily a great one. But it’s pretty darn fun. 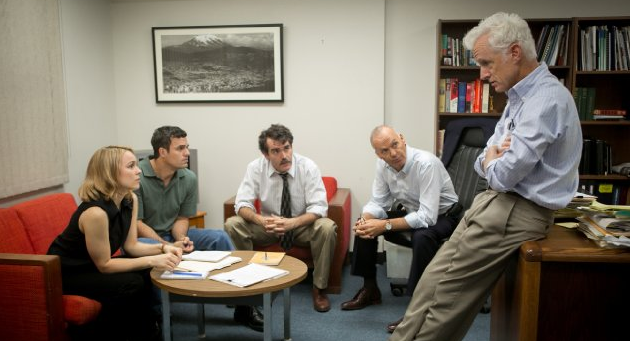 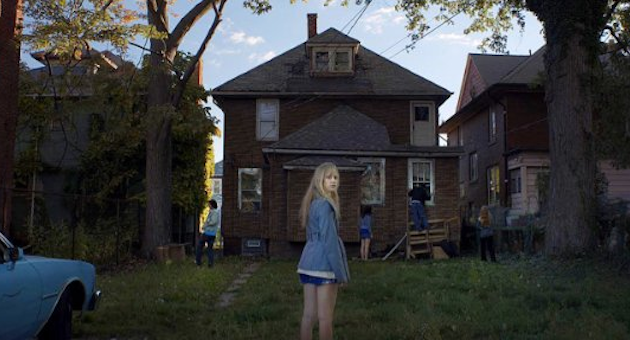 (Reviewed here.) An extremely effective horror movie thanks to its remarkably straightforward plot: you have sex and then an apparition invisible to everyone else hunts you until you die. Clever but simple camera work by writer-director David Robert Mitchell helps heighten the effect—the slow 360 degree spin in the school revealing what may or may not be the titular It in the distance closing in on our hero may be my single favorite shot of the year. 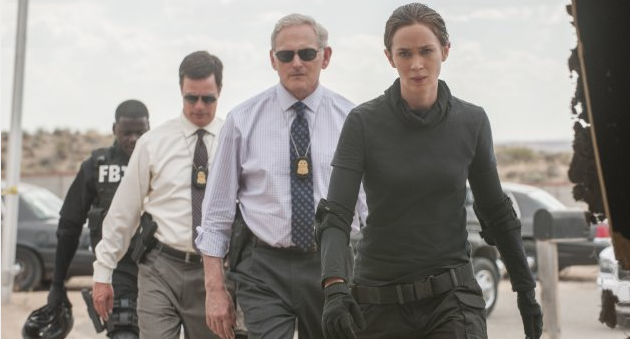 (Reviewed here.) As we’ve seen in films like The Counselor and No Country for Old Men, the war on drugs is a hopeless quagmire that perfectly represents the senseless brutality of the human condition. The feel good flick of the year! 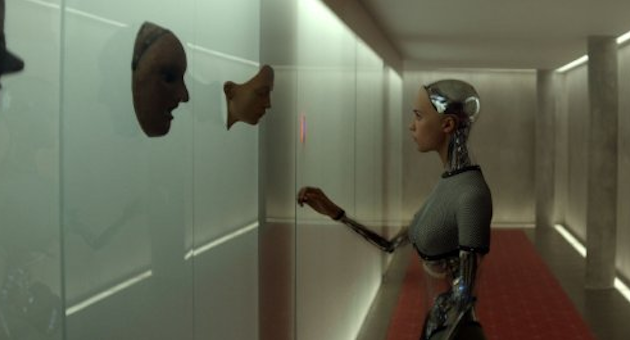 (Reviewed here.) Alex Garland’s directorial debut is pretty much perfect: minimalist and tense in all the right ways, he also coaxes year-best performances out of Domnhall Gleeson (who also starred in Star Wars: The Force Awakens and Brooklyn and The Revenant [see the caveat above]) and Oscar Isaac (another Force Awakens alum, who was also on HBO’s Show Me a Hero) and Alicia Vikander (The Danish Girl, The Man from U.N.C.L.E., and Burnt). In a year filled with strong female performances, Vikander’s Ava may be the most chilling. 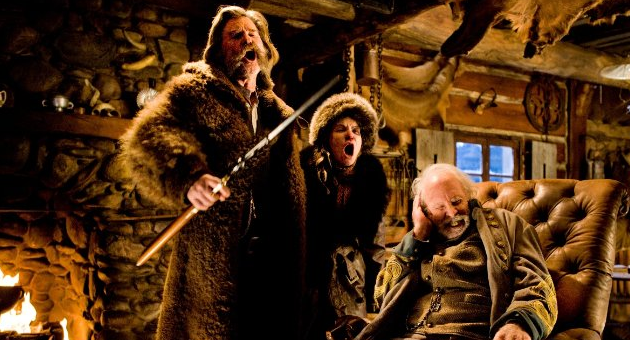 Quentin Tarantino’s latest is an old school cinematic experience: a 70mm-projected roadshow with an overture and an intermission. And yet The Hateful Eight is anything but traditional. Indeed, it is a rather explicit rejection of the gauzy history preferred by Steven Spielberg and his ilk, a reminder that rights are obtained and maintained not through flowery rhetoric but at the point of a gun. Talky and hyper-violent, it’s hard to think of a better Christmas movie released this year. 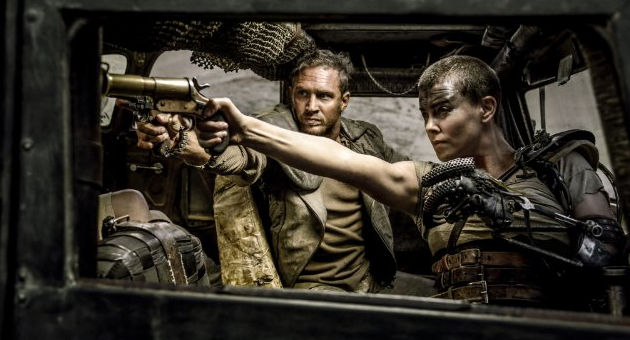 (Reviewed here.) A never-ending collection of things that look cool. From my review:

Miller employs these folks for a reason: They look cool. A coterie of leggy models wearing wispy fragments of clothing in the desert is a striking image, just as there’s something striking about a man-mountain, deltoids bulging, hoisting the engine of a car above his head even as the vehicle is doing 80 miles per hour on the desert flats.

Miller’s commitment to things that look cool cannot be overstated. Mad Max Fury Road is a never-ending stream of such things: of particular note is the mobilized metal music machine that accompanies the raiding party. It’s the most ridiculously awesome sight in a movie filled with ridiculously awesome sights: A sextet of giant drums on one side banging out a beat; a guitarist whose ax doubles as a flame-thrower bungee-corded in to the other side of the vehicle. The sound of shredding is an ominous presence on the horizon, signaling an onslaught of unstoppable doom.

If you’re into watching a bunch of things that look cool killing each other for two hours on the big screen—and really, who isn’t into that?—then Fury Road will be to your liking. And if you’re not? Well, there’s always Pitch Perfect 2.