None of this seems to make any sense—until you learn that it is all Eliot Spitzer's doing.

Spitzer has fallen off the political map since it was revealed in 2008 that the then-governor of New York had been a frequent customer of high-priced prostitutes. Four years earlier, he was a tough-talking but easily aggrieved New York attorney general when Hank Greenberg, the legendary insurance magnate who was dragged into court this month, made the mistake of personally offending him.

The story, as told in Brooke Masters' celebrated book about Spitzer's quick rise up the New York political ranks, goes like this. Spitzer was preparing to deliver a speech at a Goldman Sachs dinner when he read that Greenberg, one of his harshest critics, had remarked to a reporter that Spitzer had a tendency to "look at foot faults and make them into a murder charge."

"Spitzer was outraged," Masters, a Washington Post reporter who embedded herself with Spitzer for Spoiling for a Fight, wrote. She explained that Spitzer was "never one to accept criticism with equanimity" and that "bad blood remained" between him and Greenberg.

"Hank Greenberg should be very, very careful talking about foot faults," Spitzer said as he left the dinner. "Too many foot faults and you can lose the match."

Spitzer, the self-anointed "Sheriff of Wall Street," set out to find foot faults committed by Greenberg's company, the American International Group. Before the sun rose the next day, Spitzer's staff had issued subpoenas for AIG documents regarding a deal it made in 2000. Spitzer hoped that his staff could build the case that AIG was using bogus transactions to boost the company's insurance earnings in reports to shareholders—and that the whole thing was orchestrated from the top by Greenberg.

Spitzer's subpoena called for Greenberg to testify under oath about the transaction.

"It was an unusual move," Masters wrote. "When investigating allegations of fraud, most prosecutors and regulators started at the bottom of a company and worked their way up the ranks, building evidence as they went. Spitzer … wanted to go right to the top."

News that Spitzer was investigating AIG set off a disastrous chain of events for Greenberg. The company's stock price tanked and the board of directors forced him to step down as chief executive. Greenberg announced that he planned to leave the board entirely once his term finished. Spitzer commended AIG for taking "wise" action on Greenberg, but didn't stop his crusade.

Spitzer's pursuit of Greenberg was about more than fraud—he despised him. Dennis Vacco, who preceded Spitzer as attorney general, has said in sworn testimony to the court that he was on the receiving end of "several derogatory, deeply personal and highly inappropriate expletive-laden comments" by Spitzer about Greenberg. Vacco said it was clear that Spitzer was "motivated by some unexplained personal animus" and was "very emotional" about the topic.

Before Spitzer's staff had finished going over evidence or made any claims in court, Spitzer decided to go on ABC with George Stephanopoulos to claim that Greenberg was a "fraud."

"The evidence is overwhelming that these were transactions created for the purpose of deceiving the market," Spitzer said in the April interview. "We call that fraud. It is deceptive, it is wrong, it is illegal. That company was a black box, run with an iron fist by a CEO who did not tell the public the truth."

The decision to run to the press earned Spitzer widespread criticism. "If Greenberg's behavior is so heinous that it warrants a denunciation as ‘fraud' on national TV, what is Spitzer waiting for?" asked the Wall Street Journal editorial board, which criticized Spitzer for putting "a gun to the heads" of the AIG board to oust Greenberg as CEO or else face an indictment of the whole company.

John Whitehead, a Goldman Sachs executive, was even more blunt. "Something has gone seriously awry when a state attorney general can go on television and charge one of America's best CEOs and most generous philanthropists with fraud before any charges have been brought," Whitehead wrote. "Spitzer's pursuit of renegade companies has earned him recognition and approval (including from me), but his increasingly relentless crusade against boards and senior executives, particularly when they are unfairly singled out because they have antagonized him, goes too far."

Whitehead said that he received a phone call from Spitzer and was told the following: "Mr. Whitehead, it's now a war between us and you've fired the first shot. I will be coming for you. You will pay the price. This is only the beginning and you will pay dearly for what you’ve done. You will wish you had never written that letter."

Spitzer filed his lawsuit against Greenberg on May 26, 2005. It alleged nine instances of accounting fraud by Greenberg in attempts to raise the company's stock price and sought $6 billion in damages.

Like much of Spitzer's Wall Street litigation, the suit was filed using the Martin Act, a 1921 New York statute that allows prosecutors to pursue fraud charges without having to prove intent to defraud. No such statute exists anywhere else in the United States.

Spitzer was the first to harness New York's unique prosecutorial tool for use against financial institutions. With a lowered threshold of proof, Spitzer was able to file charges against Wall Street's biggest firms and make headlines when they chose to pay massive fines rather than have their companies dragged through the mud.

Though the claims in the suit were serious, they failed to live up to Spitzer's public portrayal of AIG and Greenberg as a "fraud." The suit alleged that AIG used fraudulent transactions to boost its net worth, but the impact the transactions had on the company's net worth was miniscule—less than 3 percent. Greenberg's legal team quickly pointed out that professional auditors had approved the financial transactions and that Greenberg never would have been involved in such small details.

Eleven years later, these arguments are finally being discussed in a courtroom. But a lot has changed. Both sides have delayed the case—the prosecution by changing its case and the defendants by making numerous appeals. Seven of the nine charges initially brought by Spitzer have been dropped. The two remaining charges center on claims that AIG was making fraudulent transactions to cover up insurance losses from its shareholders. The misclassification of losses, according to reports, was so negligible that it would not likely have affected shareholders' opinion of the company.

Now, after 11 years of taxpayer-funded investigation, the prosecution has failed to produce any witness or document that indicates Greenberg played a role in the transactions. The attorney general in the case—initially Spitzer, then Andrew Cuomo, and now Eric Schneiderman—hopes to ban Greenberg from serving on boards of directors. In an attempt to deflect from obvious criticism about banning a 91-year-old from future positions, the prosecution claimed that it hopes the ban will serve as a "deterrent" against bad behavior by other CEOs.

John Cahill, who was chief of staff to New York Gov. George Pataki when the case started and who ran for attorney general in 2014, said he thinks Schneiderman is using the case to score political points like his predecessors.

"After 11 years of pursuing this case, the only issue that the state is seeking is to bar a 91-year-old man from serving on any further boards of directors," Cahill told the Washington Free Beacon. "It's hard to explain why this case is being pursued, so you are left with the conclusion that this is a trial to justify 11 years of the attorney general over-exerting itself with its authority for political gain. Other than the politics of going after a successful businessman, it's hard to find any justification for this trial."

Greenberg said that he was pleased with his performance after testifying. "I’ve been thinking about this for 11 years," Greenberg said outside the courtroom. "It went well."

The case isn't expected to conclude until next year, unless the judge chooses to end it sooner. Greenberg will turn 92 next May. 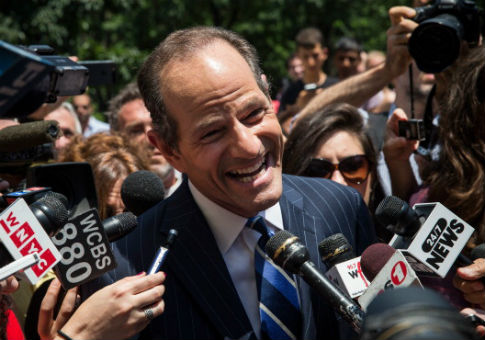 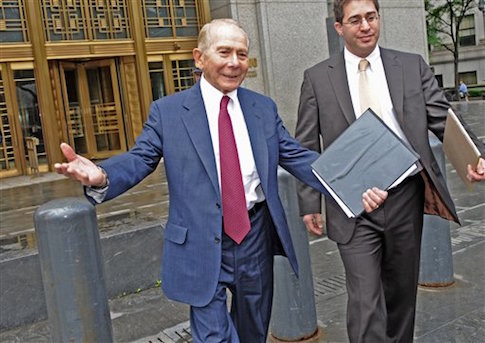 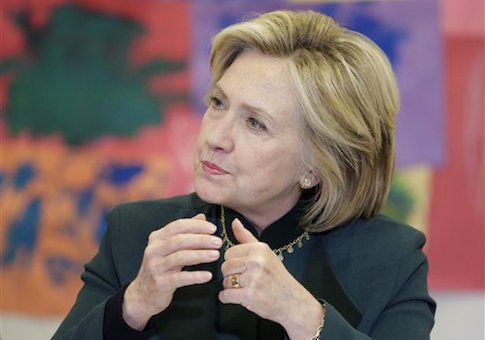 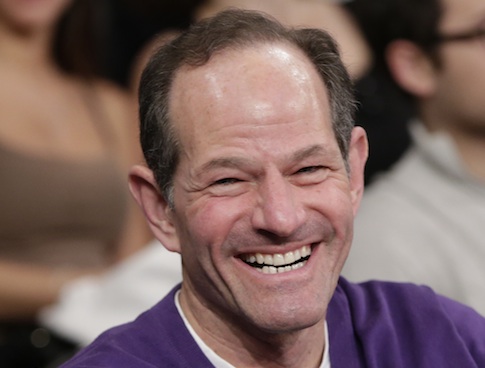 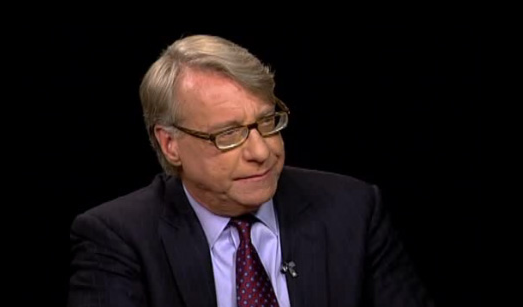