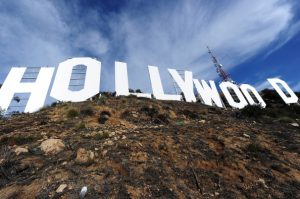 Hollywood's celebrity elite took to social media on Independence Day to politicize the 242nd anniversary of the adoption of the Declaration of Independence.

Instead of commemorating the Fourth of July, celebrities lambasted President Donald Trump and the policies of his administration.

The pervading sentiment in Hollywood was summed up by liberal comedian Chelsea Handler, who apologized "to every country" in the world for having elected Trump. Handler also asserted that "the majority" of Americans were allegedly "ashamed" of their president and would "come back to the world one step at a time."

"To every country on the 4th of July. We’re sorry about our president," Handler tweeted. "He doesn’t reflect all of our views—and we hope you know that the majority of us are ashamed. We will rally each other and come back to the world one step at a time. #novemberiscoming #alsosorryabouthotdogs"

To every country on the 4th of July. We’re sorry about our president. He doesn’t reflect all of our views—and we hope you know that the majority of us are ashamed. We will rally each other and come back to the world one step at a time. #novemberiscoming #alsosorryabouthotdogs

Some individuals, like documentary film-maker and noted Trump critic Michale Moore, attempted to shroud the "resistance" movement in patriotic terms to draw parallels between opposition to the Trump administration and America's struggle for sovereignty from Great Britain.

Others were just as bad.

Happy 4th of July! Remember, there is nothing more patriotic than protest.

On this 4th, I'm reminded that we have veered from the promised path before. We left a trail of tears, counted people as three-fifths, built camps for any who looked like the enemy, and stood silent as countless died of a plague. Yes, love will win. But not without a fight.

It's the 4th of July. Only 125 more days until the Mid-Term elections. And if it goes the way I hope, THAT will truly be #INDEPENDENCEDAY!!!

The greatest gift we can give to America on her 242nd birthday is the survival of Democracy. The forces of authoritarianism and racism are fighting to destroy it. Now is the time for Patriots to stand up and make our voices heard. We love you America. STAY STRONG!!!

Happy Fourth of You Lie. https://t.co/06jWfyXLB1

You never know when its going to be your last birthday. Happy 4th!

Kathy Griffin, a self-acknowledged "D-List" comedian, was particularly brief and profane in her Fourth of July message.

Griffin, who sparked controversy and rebuke last year after posting photos of herself holding a fake decapitated head resembling the president, followed up her initial tweet by urging for "the Trumps" to be put in prison.