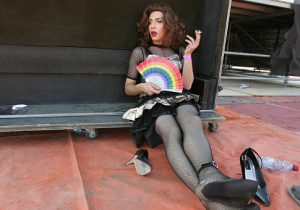 The National Institutes of Health is spending over $200,000 on a "Facebook intervention" targeting young gay people who smoke.

The University of California, San Francisco received the funding for the project, which began in August. The goal of the study is to create a "culturally-tailored intervention" on social media for LGBTQ teens.

"Sexual and gender minority (SGM) young adults (those who identify with a sexual orientation that is non-heterosexual such as gay, lesbian, or bisexual; or those who have a gender identity different from the sex assigned to them at birth) are disproportionately affected by tobacco use and associated health conditions; yet they face significant barriers to treatment participation and lower levels of satisfaction with treatment than others," according to the grant for the project.

"Despite consensus that SGMs fare better when programs are tailored to address their specific needs, there is an extreme lack of such services available," the grant continues. "Social media offer phenomenal opportunity to engage young people in intervention to treat tobacco use."

The university received $246,785, and research will continue through February 2019.

The study will recruit 120 teenagers who have "smoked at least 100 cigarettes in their lifetimes." The sexual and gender minorities will join a private Facebook group that features posts prompting them to quit smoking.

The NIH has invested in similar projects before. The government paid $5 million to try to get hipsters to quit smoking by starting "commune" dance parties at bars in California.