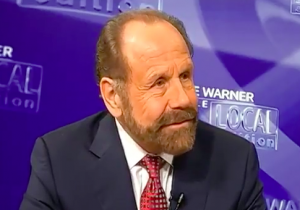 A California state senator is trying to ban child marriage in his state, but he has run into opposition from groups including Planned Parenthood and the American Civil Liberties Union.

Although the age of consent in California is 18, children can legally marry at any age regardless of the age of their spouse, the San Francisco Chronicle reports. Democratic state Sen. Jerry Hill set out to fix that fact, proposing legislation to set the marriage age at 18.

But Hill's bill is now trapped in legislative limbo by unexpected opposition. While it is still moving through committee, SB273 has had its age restrictions removed by amendment. Instead, they have been substituted with increased oversight requirements for judges to establish that child marriages are not coerced.

Hill is one of several state legislators pushing for reform of state marriage laws. Last month, New York state passed a law limiting under-18 marriage to only 16- or 17-year-olds who had been legally emancipated. Texas passed a similar law setting the line at 17, and then with a judge's permission.

Advocates of the bill include Sara Tasneem, who was forced at the age of 15 to marry a 28-year-old in her father's cult. Six months later she was pregnant.

"A person who marries a 15-year-old, there's obviously something wrong," Tasneem said. "Putting that label of husband and wife makes something disgusting and not OK seem normal and OK."

Tasneem eventually filed for divorce, but not before mothering two children with her unchosen husband.

Nicole, whose last name was withheld for privacy reasons, married a 24-year-old at 16. Her relationship turned abusive, and she continues to work to move past the now-ended relationship.

"I had no control; I had no say," Nicole said. "I can't believe how much I've missed while I've tried to cope with life as a child bride."

In California, however, allowing marriages like Nicole's is controversial. Opponents of the bill include Planned Parenthood and the ACLU. Phyllida Burlingame of the ACLU's northern California chapter said that the focus should be on coercive relationships generally.

Hill's original bill "was a solution that wasn't necessarily going to have the impact on improving young people's health and relationships that we want," Burlingame said.

Other groups, including the National Center for Youth Law, defended child marriage as a fundamental right.

"Any legislation to eliminate this core right must be based on concrete data and information that demonstrates this drastic step is the most effective and appropriate strategy to address the harms being alleged, and that there are not other less extreme options available," the center said in a statement opposing Hill's bill.

There is no agreement over how many children marry annually, either in California or nationally. The Pew Research Center, using U.S. Census data, determined in 2014 that five out of every 1,000 children between the age of 14 and 17 were married.

Those in support of the bill estimate about 3,000 minor marriages occur in California per year. Opponents, like the ACLU, point to the fact that just 44 petitions for juvenile marriage were filed in populous Los Angeles county in the past five years.

An early version of the bill required the state to start collecting data about child marriages in California, but it has since been amended out.

Hill sees the bill's current state as a compromise, but still progress.

"It's our responsibility to protect those kids," he said.