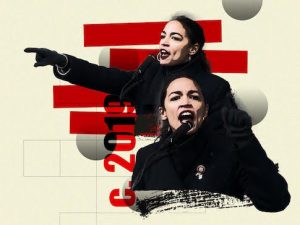 "The most important political event of the twentieth century," wrote Irving Kristol in 1976, "is not the crisis of capitalism but the death of socialism." Plenty of self-described Marxist and socialist regimes existed throughout the world, Kristol recognized. It was rather the ideas behind such regimes that had reached a moral and intellectual endpoint. Nor was this passing away entirely to be cheered. "For with the passing of the socialist ideal," Kristol went on, "there is removed from the political horizon the one alternative to capitalism that was rooted in the Judeo-Christian tradition and in the Western civilization which emerged from that tradition."

The inheritors of the socialist ideal were totalitarian states on one hand and stagnant social democracies on the other. By the end of the twentieth century, these too had passed. China (and later Vietnam) decided that to get rich is glorious, the Soviet Union and Warsaw Pact states collapsed into squabbling nationalities and kleptocracies, the socialist autocracies that had depended on Moscow for support receded into irrelevance. What Kristol called "a dwindling band of socialist fideists" remained behind, the last remnant of a dwindling faith. "People who persist in calling themselves socialist, while decrying the three quarters of the world that has proclaimed itself socialist, and who can find a socialist country nowhere but in their imaginings—such people are anachronisms."

Not any more. If the death of the socialist idea was the most important political event of the last century, then the rebirth of this ideal must rank high in significance in the current one. Just as nationalism has reasserted itself on the political right, socialism has grown in force on the left. In the twenty-first century the two ideologies are estranged and antagonistic twins, paired in Occupy Wall Street and the Tea Party, Jeremy Corbyn and Brexit, Bernie Sanders and Donald Trump. The Democratic victory in 2018 has elevated socialism to a height it has not reached in the United States in more than a century. Only in recent weeks, however, have defenders of democratic capitalism become aware of how great the socialist challenge really is. Only now are we beginning to formulate a response.

Take your pick of the headlines. Alexandria Ocasio-Cortez is the most talked-about Democrat in the country. Her fellow member of the Democratic Socialists of America, Rashida Tlaib, opened the 116th Congress by saying, "Impeach the mother—." Their comrade Ilhan Omar apparently wants to offend every Jewish American by the end of her term. The Green New Deal, Medicare For All, eliminating employer-based health insurance, marginal tax rates of upwards of 70 to 90 percent, requiring corporations above a certain size to obtain a federal charter, the expropriation of wealth, heavy inheritance taxes, free college, universal basic income, abolish I.C.E., the anti-Semitism that has long been socialism's fellow traveler—what was once radical and marginal is now embraced and celebrated by a large and vocal part of the Democratic Party.

Why? The answer goes a long way toward explaining the resurgence of nationalism as well. In "Socialism: An Obituary for an Idea," the essay quoted above, Kristol exhumed the ideology's intellectual remains. He explained that the ideal of utopian socialism offered "elements that were wanting in capitalist society—elements indispensable for the preservation, not to say perfection, of our humanity." Socialism supplied the values, aspirations, goals, mechanisms of meaning that democratic capitalism could not.

As Michael Novak observed in his 1982 masterpiece The Spirit of Democratic Capitalism, what we call capitalism is really three systems in one. There is the economic system of entrepreneurship and free exchange. There is a moral-cultural system governing norms and behavior. And there is the political system of democratic pluralism and individual freedom. Socialism returns at times when the democratic capitalist trinity is out of whack, at places where the moral-cultural and political systems fail to provide answers that legitimize the economic system. Socialism is the attempt to derive from the political sphere the direction and purpose to human life that is the traditional province of morality and culture.

The separation of the moral and cultural from the political and economic was the crack in the foundation of democratic capitalism. "A society founded solely on ‘individual rights,'" Kristol wrote, "was a society that ultimately deprived men of those virtues which could only exist in a political community which is something other than a ‘society.' Among these virtues are a sense of distributive justice, a fund of shared moral values, and a common vision of the good life sufficiently attractive and powerful to transcend the knowledge that each individual's life ends only in death."

Thus, if people do not see the fruits of the economic system as just, and if the moral-cultural system fails to satisfy people's deepest longings, they will look increasingly to the political system to lessen the gale of creative destruction or to silence it altogether. The viability of democratic capitalism, then, depends on its moral and cultural character. "As there is a degree of depravity in mankind which requires a certain degree of circumspection and distrust," James Madison wrote in Federalist no. 55, "so there are other qualities in human nature which justify a certain portion of esteem and confidence. Republican government presupposes the existence of these qualities in a higher degree than any other form."

It was Kristol's view that the founders of democratic capitalism simply assumed that such qualities would be always present. "Capitalist society itself—as projected, say, in the writings of John Locke and Adam Smith—was negligent of such virtues," he wrote.

It did not reject them and in no way scorned them, but simply assumed that the individual would be able to cope with this matter as he did with his other ‘private' affairs. This assumption, in turn, was possible only because the founders of capitalism took it for granted that the moral and spiritual heritage of Judaism and Christianity was unassailable, and that the new individualism of bourgeois society would not ‘liberate' the individual from this tradition. It might free him from a particular theology, or a particular church; but he would ‘naturally' rediscover for himself, within himself, those values previously associated with that theology or church.

Things did not work out as planned. The bourgeois values of honesty, fidelity, diligence, reticence, delayed gratification, and self-control that once reigned supreme have been contested for many decades by an ethic of self-expression, self-indulgence, instant gratification, and demanding the impossible. Our politics is a competition for control over what Michael Novak called the "empty shrine" at the center of pluralist democracy. The champions of Christianity and militant secularism, free speech and political correctness, meritocracy and diversity, the entrepreneurial instinct and an inflamed egalitarianism, and historical memory and limitless iconoclasm struggle for a dominance that is never fully attained.

Both the right and the left are uncomfortable with the democratic capitalist trinity. Both would rather have the empty shrine be replaced with something else. That is why you see laments for the loss of political community, as well as critiques of inequality, on both Fox News and MSNBC. "The original socialist criticism of the bourgeois world is, to a remarkable degree, a secular version of the indictment which the ‘reactionary' Catholic Church was then continually making, though to a world increasingly deaf to Christian tonalities," Kristol wrote. If the chimes of church bells were faint in the era of Charles Fourier, where can they be heard today?

The socialist comeback has been ascribed to the war in Iraq, financial crisis, post-crash job market, student debt, high cost of homeownership, and rise of Donald Trump. I sometimes wonder whether this secularized desire for uniformity and order in a fractured, turbulent, confusing, and so often plainly unfair world is just another peak in the sound wave of Christianity's long withdrawing roar. If the scale of the challenge is that vast, conservatives have much work ahead of them.

Fortunately we have the writings of an earlier generation who confronted similar problems. We might learn from Kristol's distinction between socialism and the welfare state, and think through how reform of the latter may slake the thirst for the former. "Practically all of the truly popular and widespread support for a welfare state would be satisfied by a mixture of voluntary and compulsory insurance schemes—old-age insurance, disability insurance, unemployment insurance, medical insurance—that are reasonably (if not perfectly) compatible with a liberal-capitalist society."

Kristol was also concerned with the power of large corporations, and with the backlash such giants provoked. Today's conservatives might address the failures of Too Big to Fail, take seriously the unique issues raised by the tech giants, and be willing to reconsider their opinions of, say, antitrust law. "And, even more important, what can a liberal-capitalist society do about the decline of religious beliefs and traditional values—a decline organically rooted in liberal capitalism's conception of this realm as an essentially ‘private affair' neither needing nor meriting public sanction?" Here is the toughest question to answer. At the very least we must defend religious freedom, and promote religious and civic education, if we are ever to address the denuded moral and cultural system that has become the breeding ground of the socialist revival.