Francis Howell School District in St. Charles County, Mo., paid University of Missouri associate professor Dr. LaGarrett King $15,000 in September 2020 for "professional development and consultation services," according to a contract uncovered by an anonymous group of parents. King agreed to conduct in-person and virtual sessions with teachers and to help develop history curricula for the district’s three high schools.

Critical race theory experts like King and "antiracist" consultants have scored lucrative contracts with school districts across the United States. The Washington Free Beacon reported that Montgomery County Public Schools in Maryland paid the Mid-Atlantic Equity Consortium $454,680 to conduct an antiracist audit of the district’s K-12 curriculum. Fairfax County Public Schools in Virginia could spend upward of $280,000 on an antiracist curriculum from the Leadership Academy.

Francis Howell paid King for nine projects, including an audit of the school’s history curriculum and creation of black history courses. King also conducted a virtual seminar on "Black Historical Consciousness" for teachers as part of his contract.

During one of the virtual professional development sessions, King, an associate professor of social studies education and director of the University of Missouri’s Carter Center for K-12 Black History Education, told teachers that history education is "psychologically violent" to black students.

"History is psychologically violent no matter how we try to make it palatable," King said in the Sept. 25, 2020, meeting. "The problem is that the psychological violence has been one-sided."

Educators should teach history through a "social justice lens" regardless of parents’ or community concern, King said. He recommended that teachers in districts like Francis Howell edit the "verbage" [sic] they use in their lessons so that they "can still get things accomplished in a critical fashion." One teacher in the session admitted that she’d been teaching her students about white privilege for at least a decade.

"There’s no such thing as a neutral history. It is political and it is not objective," King said.

Francis Howell superintendent Dr. Nathan Hoven denied that students are being taught critical race theory at a June school board meeting. Hoven claimed that the district’s "entirely positive efforts" have been "misportrayed" and that the school has "no interest in advancing any political agenda." Hoven did not reply to the Free Beacon’s request for comment in time for publication.

The black history curriculum King helped to develop will help students work toward an "equitable democracy," according to documents outlining the courses’ structures. Students will be taught lessons on Black Lives Matter and the Black Panthers and learn to "recognize that power and privilege influence relationships on interpersonal, intergroup, and institutional levels and consider how they have been affected by those dynamics."

King’s scholarship includes "Race Critical Theories and Knowledge" as well as "Social Studies and Curriculum Foundations," according to his profile on the University of Missouri website. He has published his research on critical race theory and critical pedagogy in the Social Education journal, a publication of the National Council for the Social Studies.

The Missouri legislature’s Joint Committee on Education held a hearing yesterday to discuss critical race theory in the classroom. The invite-only event, first reported by the St. Louis Post-Dispatch, allowed state representatives and interested groups to voice their concerns about radicalism in public schools. Some of the speakers criticized King’s work.

In addition to the contract with Francis Howell, King has also worked with the Webster Groves School District in St. Louis. 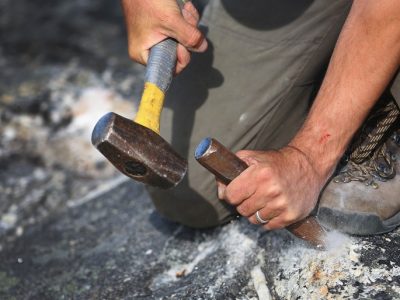 Randi Weingarten Has Denied a ‘Woke’ Infiltration of Classrooms. Now She Is Vowing To Defend the Right To Teach It.