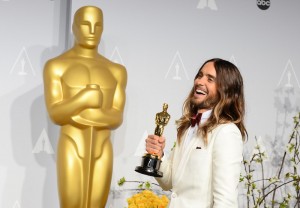 On the latest episode of the Substandard podcast (to which discerning individuals can subscribe here), we wanted to do a preview of awards season movies. As everyone knows, the studios release everything intended to be consumed by adults in the months of October, November, and December. These films generally turn out to be the Oscar frontrunners. As such, it's worth keeping an eye on what's about to hit multiplexes.

In lieu of just saying which movies are coming out and which movies might have a shot at awards, we decided to mix things up a bit and do an Oscar Fantasy Draft! After the embed, I will lay out the scoring system we plan on using to determine the winner, since we didn't really discuss it on the show itself. If you don't subscribe to the show, I think this is a pretty good episode to get on board. Usually our offerings are terrible mediocre. This week, however? Pretty, pretty … pretty good!

Wins what? Well, um, respect, I guess? I dunno, if anyone out there wants to sponsor the Substandard Oscar Draft and provide a fabulous prize to the winner, JVL, Vic, and I would surely appreciate it. I would appreciate it the most. Since I'm definitely going to win. Why am I going to win? Well, you'll just have to listen to the show to find out.