Filling in for Andrew Sullivan, Phoebe Maltz Bovy wants you to know that you should feel bad if you've laughed at the "you had one job" meme. It's a running Internet gag goes something like this: Find something horribly, obviously wrong, and slap the tag "You had one job!" on it. For instance: 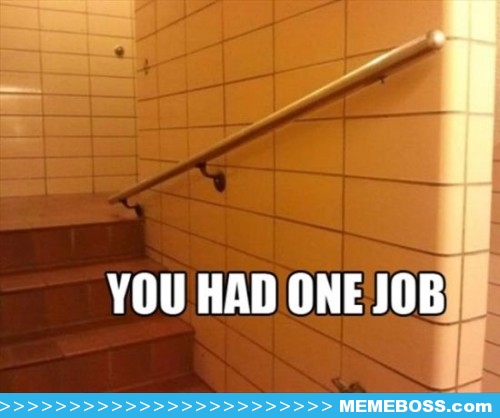 This image is funny because it's so obviously wrong. The rail should be angled the other way! To follow the stairs! The guy who installed it literally had one job that day: install that handrail correctly. And no one has bothered to fix it! What a world.

Of course, if you laughed at that little sight, you're probably a bad person. At the very least, you're engaging in some "casual classism." Here's Bovy:

The question is, why this mean-spirited (if sometimes quite funny) meme, and why now? Aren’t we supposed to be living in an era of hypersensitivity? Why hasn’t the privilege of users of this hashtag been called out? (According to a few minutes of Googling, it has not.) [Emp. mine]

This is a rather glaring example of one of the Internet's least attractive qualities: grievance hunting. Consider that second parenthetical: Bovy has literally gone looking for outrage about this thing, found none, and told you that you should, in fact, be outraged by it. Or, at the very least, made to feel shame for chuckling about it.

Now, look: It'd be one thing if we were literally holding up photos of the people who have failed to do their job properly and subjecting them to ridicule. That would be cruel and mean-spirited. But this meme isn't close to that. Rather, it's a way of laughing at life's little foibles—the equivalent of this: 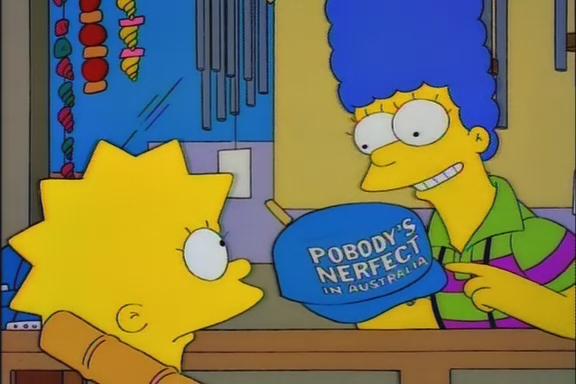 All of which to say is that if you go through life finding things to be upset about—spending your day wondering about the "proper" way to feel about every little thing instead of just, you know, feeling things—you're going to worry yourself into an early grave. (A very smart man once wrote a whole book about the evils of such mental processes.) There's plenty to fret about in the world without inventing new problems.