Recently President Donald Trump tweeted that special prosecutor Robert Mueller had "17 Angry Democrats" pushing the Russia investigation. You might think that Trump wrote that because he believes there are 17 Democrats on Mueller's team. But CNN's Chris Cuomo blew the case wide open Wednesday, revealing that it was actually a secret coded message meant to encourage a 4chan conspiracy.

Here's the background: At a recent Trump rally, several members of the audience held signs and wore shirts indicated they believed in QAnon, a conspiracy theory so convoluted and stupid I won't even bother rehashing it. But Cuomo opened his show by arguing that the tweet was intended to send a signal of support to QAnon, an accusation he later blasted out in appropriately hysterical all-caps.

TRUMP IS IGNORING WHAT IS TRUE AND CULTIVATING A BASE THAT INCLUDES THOSE WHO EAT UP CONSPIRACIES AND DARK MYSTERIES OF POWER. #CuomoPrimeTime#LetsGetAfterIt#CPT pic.twitter.com/WmXrnupPJQ

"He has people at his rally that look for the number 17 as signs of truth. Q is the 17th letter in the alphabet," Cuomo said while displaying Trump's tweet. "And they see Trump tweeting something like this, '17 Angry Democrats,' they take value in the number 17."

At first Cuomo insisted that he wasn't accusing Trump of anything. "I hope he didn't use that number for them. He hasn't always used the number 17. I don't see that as being intentional, but who knows these days," he said.

The "just asking questions" act was of course a load of malarky: if Cuomo didn't actually think Trump's tweet was a dog whistle, he wouldn't have called attention to it on live television after asking his staff to prepare a graphic highlighting the offending sentence. But then Cuomo just sort of gave the game away later in the hour. "Why did the president change from '13 Angry Democrats' to 17?" he asked CNN's Don Lemon before answering, "17 is the Q Anon number. Q is the 17th letter of the alphabet."

It is true that Q Anon takes specific interest in any mention of "17" from the White House, even claiming it was a secret signal when the Alabama Crimson Tide football team gave Trump a jersey with the number 17 on it (even though, you know, they were the 2017 national champions). But there's actually a more believable explanation for why Trump started talking about "17 Angry Democrats."

When Trump first began attacking Mueller's so-called "13 Angry Democrats" in March, the Washington Post noted that "publicly available voter registration information shows that 13 of the 17 members of Mueller's team have previously registered as Democrats, while four had no affiliation or their affiliation could not be found."

In June, Mueller added four new assistant U.S. attorneys to the Russia case, which pro-Trump sites like Gateway Pundit covered with headlines like "CORRUPT MUELLER ADDS FOUR MORE DEEP STATE LIBS TO HIS TEAM." One of the new attorneys, Jonathan Kravis, worked in the White House Counsel office during the Obama administration.

A month later, when Trump tweeted his usual line about "13 Angry Democrats," he also noted that "4 more have been added" and alluded to Kravis.

The Rigged Witch Hunt, headed by the 13 Angry Democrats (and now 4 more have been added, one who worked directly for Obama W.H.), seems intent on damaging the Republican Party’s chances in the November Election. This Democrat excuse for losing the ‘16 Election never ends!

A week after that he first tweeted out that "17… Angry Democrats," were out for him, noting explicitly that it was "increased from 13."

There is No Collusion! The Robert Mueller Rigged Witch Hunt, headed now by 17 (increased from 13, including an Obama White House lawyer) Angry Democrats, was started by a fraudulent Dossier, paid for by Crooked Hillary and the DNC. Therefore, the Witch Hunt is an illegal Scam!

So by the time Trump was tweeting simply that "17 Angry Democrats" were on Mueller's team, he had already laid out an explanation of how he arrived at that number. It's a characteristically tenuous claim on Trump's part to be sure; there's no evidence that all four of the new attorneys were actually Democrats. But it rather obviously had nothing to do with an obscure 4chan conspiracy theory.

Cuomo is unfortunately part of a tend, a sort of new liberal numerology taking conservative and pro-Trump statements and assigning meaning to the appearance of certain numbers. It comes with all the lack of scientific rigor that actual numerology does. When someone writes or speaks about public policy for a living, it's a matter of statistical certainty that eventually they'll use a number as common as 17 and you can attack them for pandering to crazies.

To date, liberal numerology has mostly focused on 14 and 88. Both are unquestionably used by Nazis as signifiers, references to "The Fourteen Words" ("We must secure the existence of our people and a future for white children") and "Heil Hitler" (H is the eighth letter of the alphabet). But they're also, you know, numbers, used by ordinary people every day in ordinary contexts. But Liberal Numerology allows us to go beyond the obvious and easy explanation and see the mystic, ethereal meaning: that person I don't like is a Nazi.

Fox News pundit Tomi Lahren, for example, was accused of being a secret Nazi for crossing her arms and writing "88" on them.

This is #TomiLahren. 88 represents the phrase "Heil Hitler," because H is the eighth letter in the alphabet. On May 23, #PersimmonPolPot @POTUS tweeted this:
"Everybody is with Tomi Lahren, a truly outstanding and respected young woman!"#FinePeople #TrumpsAmeriKKKa https://t.co/zP4iDW2WSi

Tomorrow is April 20th-which is a significant day for white supremacists because it's Hitler's birthday. Racists usually send racially coded messages to each other as a way to commemorate Hitler. One way is to use the number 88 which is a code for "Heil Hitler" #TheMoreYouKnow pic.twitter.com/zAsd8PdGTU

…Even though Lahren explicitly said she was doing it in tribute to former Dallas Cowboys wide receiver Dez Bryant, whose number was 88 and who often crossed his arms in the same way to celebrate a touchdown. 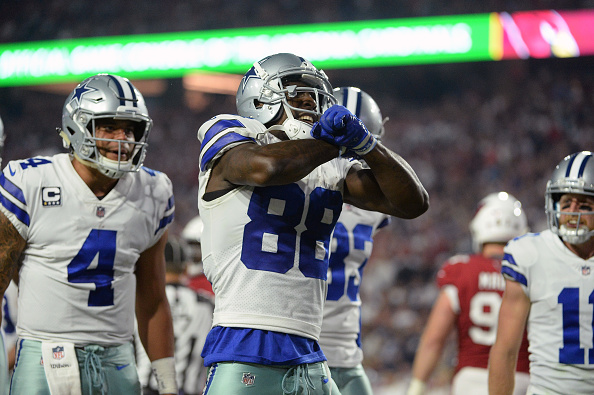 GLENDALE, AZ – SEPTEMBER 25: Wide receiver Dez Bryant #88 of the Dallas Cowboys reacts after scoring on a 15 yard touchdown pass during the third quarter of the NFL game against the Arizona Cardinals at the University of Phoenix Stadium on September 25, 2017 in Glendale, Arizona. (Photo by Jennifer Stewart/Getty Images)

Then there was the time liberals accused Sarah Palin of using a Nazi dog whistle for tweeting about "14 Words" that Trump used during a tour of Europe.

But the website Palin linked to, YoungCons, frequently uses clickbaity "X Person Used Y Words" headlines to drive traffic by making people curious about what exactly the words are. In 2016, for example, they likewise tweeted that "Obama Gives Final Speech on Terrorism, Says 14 Words That Leave America Speechless." Trump just happened to also say something that had fourteen words in it.

Then there was that time Ann Coulter tweeted out "14!" which liberals took as an outright admission of Nazism.

.@AnnCoulter Not that there was any doubt, but you're just admitting to be a white nationalist. pic.twitter.com/e52VyJnEwW

…Even though Coulter tweeted it 14 days before Obama left office, had been counting down the days until that date for over a year, and generally makes no attempt to keep secret her, ahem, opinions.

Inasmuch as today is Day 14 on the Obama Countdown Clock, I tweeted "14." pic.twitter.com/ArR3JMApGV 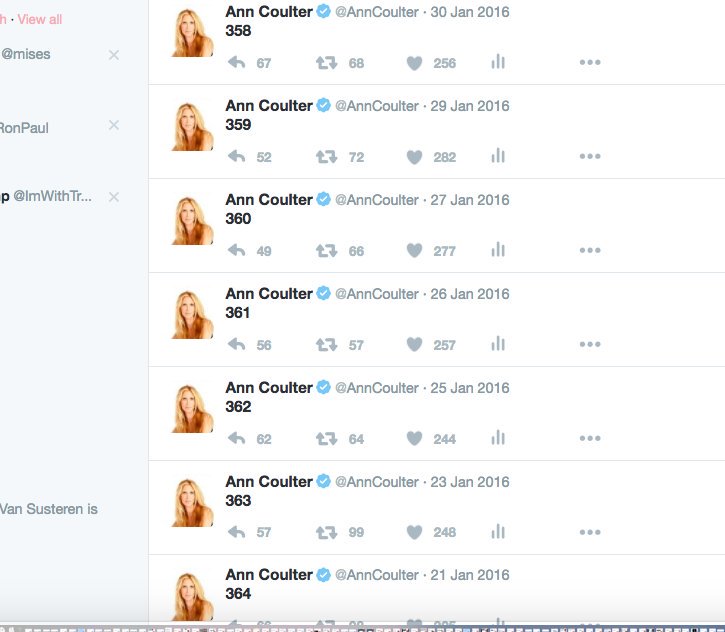 The most recent and most embarrassing instance was when multiple journalists from prestigious outlets spread a conspiracy theory claiming that the Department of Homeland Security put out a secret Nazi press release. The evidence this time around was staggering: the headline had 14 words and began with "We must secure," there were 14 bulleted points, and at one point the number 88 showed up! It was basically Mein Kampf.

This is an actual story on an official government website with a 14-word headline starting with "we must secure". This is not an accident. There are actual Nazis-who-call-themselves-Nazis at DHS. https://t.co/Q01TRRpNaI

There are 14 points in the article, and the final point contains the number "88" for no good reason — 88 is also a Nazi dog whistle for "Heil Hitler". https://t.co/WLT3CEqfUw There is absolutely no doubt now that this article is intentionally a signal to Nazis. pic.twitter.com/njS5MDMNIr

Except there was really 13 bullet points. Voss got to 14 by taking a non-bullet pointed section of the press release and including it with the others. And the press release said "we must secure our border" because that's a really common phrase at DHS, the agency charged with securing our border. The headline was fourteen words, given that some sentences turn out to have fourteen words in them.

…Wait a minute, what was the paragraph with 88? 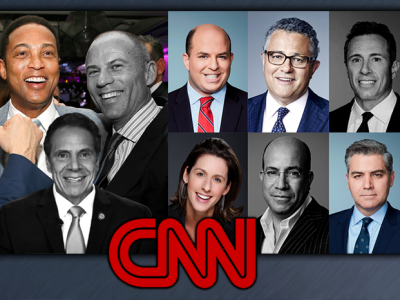