NBC News has had a heck of a week. The network has endured three major black eyes since last Friday, and all of them appear to be more or less self inflicted.

In an age where every prominent journalist eventually gets outed as a partisan hack or a harassing weirdo, one of the few bright spots in the industry was longtime NBC anchor and contributor Tom Brokaw. Until last Friday, that is, when we learned that Tom Brokaw is being accused of being a harassing weirdo, too.

Rather than just jettisoning a former star who now only makes limited appearances, Brokaw has faced no consequences from NBC over the allegations that he made unwanted sexual advances on two coworkers. On the contrary, when a hundred NBC women signed a rather ridiculous statement saying that hey now, Brokaw had never harassed them, the network urged its reporters to allude to the statement in their reporting.

At least some of the women say on background that they felt "forced" to sign the letter in support of Brokaw. "Execs are watching to see who signed and who didn’t," one said. "This was all about coming out in force to protect NBC’s golden boy; the network’s reputation is tied to Brokaw. . . . If more women come forward, that’s a big problem."

And sure enough, another woman came forward. The third woman was not an NBC coworker, but her story conforms with the other allegations; Brokaw suddenly and without warning kissed her, despite her putting out no signals and both of them being married to other people.

NBC, you'll recall, also threw away the scoop of a lifetime when they refused to run a story Harvey Weinstein, even though they had a woman accusing him of rape on the record and audio of Weinstein admitting he groped a woman without her consent. After the network killed the story, NBC had to watch as their own contributor Ronan Farrow took the story to the New Yorker and won a Pulitzer. Farrow hinted this week that "there will be more to say" on the issue going forward, but right now he doesn't want to distract from the women making the allegations.

NBC also dragged its feet when they uncovered audio of their former employee Donald Trump bragging about how he liked to grab women by their genitals. That story was instead broken by the Washington Post. And have I mentioned that six months later, we're still waiting on NBC's internal investigation into how the company missed the dozen or so women who say they were sexually harassed by Matt Lauer?

Meanwhile, NBC has to deal with the continued insanity that is Joy Reid and her time-traveling hackers. Reid gave a statement on her show Saturday finally backtracking and admitting that the hackers do not exist. Accordingly, she took responsibility for the problematic and homophobic blog posts that appeared on her site, and asked for forgiveness for—

Ha! Just kidding. While admitting there's no evidence she was hacked, Reid still says she "genuinely believe[s] I did not write those hateful things because they are completely alien to me." Those hateful comments that perfectly correspond to comments Reid made on other social media platforms evidently appeared on her blog by magic.

Reid was defended by a sycophantic panel of supporters, but has been pilloried. The Washington Post, Vox, Mediaite, The Daily Beast, HuffPost, and New York Magazine—not exactly bastions of the right-wing media—all had pieces out questioning and criticizing Reid's bizarre refusal to simply admit her mistake. But NBC is sticking by the host, waiting on the results of a supposed FBI investigation into hacking claims that even Reid admits there's no evidence for.

The cherry on the top of NBC's bad week came Thursday, when the news division scored an enormous scoop. "Federal investigators have wiretapped the phone lines of Michael Cohen, the longtime personal lawyer for President Donald Trump," NBC reported, claiming that at least one of the recorded calls was between Cohen and the White House.

The story was a bombshell, and received widespread coverage from other media outlets and Trump opponents. "If the NBC reporting re: audio wiretaps is true, and I have every reason to believe it is, the pucker factor associated with Mr. Cohen and the President will remain immeasurable for the weeks and months to come," crowed Stormy Daniel's lawyer.

But hours later, MSNBC aired an on-air correction. The online story was likewise updated to admit that contrary to their original story, "the monitoring of Cohen’s phones was limited to a log of calls, known as a pen register, not a wiretap where investigators can actually listen to calls."

It's hard to overstate what a gigantic screw-up that is. Wiretapping a phone is a huge deal, and requires law enforcement to convince a judge that there is probable cause that the phone's owner is committing or about to commit a crime. It should go without saying that wiretapping an attorney's phone comes with it's own set of hurdles as well.

By contrast, it's relatively easy to obtain a pen register, which merely traces calls. All you have to prove is that the information is relevant to an investigation, a far lower threshold. With the correction, the importance of NBC's scoop became close to nothing; everyone already knows that Michael Cohen is being investigated.

Predictably, Trump took to Twitter to highlight the error. "NBC NEWS is wrong again! They cite ‘sources' which are constantly wrong," he ranted. At least in this instance, he has a point. 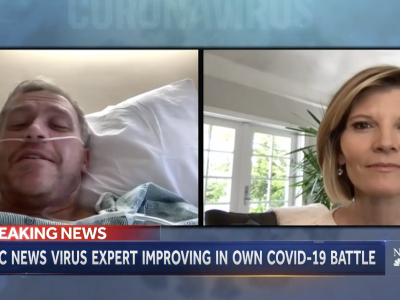 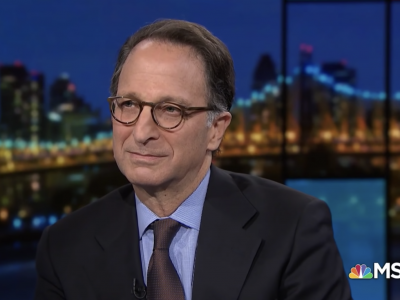