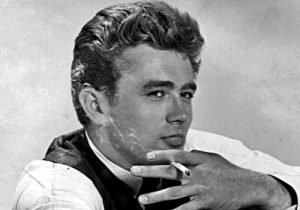 This is the future the liberals want: you get your first sex change at age 9. You can vote (for the socialists, naturally) at age 16. But you can't smoke a cigarette until you're 21.

Axios reports on the latest fixation by a "diverse and growing coalition" of nanny-staters. Since big government scolds have an insatiable desire to control your life, they now want to raise the smoking age to 21.

"Proponents' argue that plenty of 18-year-olds are still in high school, so they can buy tobacco products and pass them along to younger peers," Axios writes. "But there aren't a lot of 21-year-olds hanging out with 16-year-olds." If only the mainstream press used that logic during the Kavanaugh affair.

Eighteen-year-olds can't choose to partake in a proven stress reliever, but their 16-year-old peers should be able to decide who is the next president of the United States.

CNN's opinion page reasons kids are so indoctrinated these days, of course we should let them vote the Party Line. Noah Berlatsky explains his 16-year-old son should be allowed to vote because, and I quote, "he watches John Oliver every week."

"He's angry that his parents' and grandparents' generations have left him with a rapidly warming and unlivable world," Berlatsky writes. The wealthiest generation we've ever experienced thinks our society is "unlivable." Heckuva job, academia.

But there's more: "He's joined in demonstrations against gun violence. At his school he was involved in student-led efforts to change the name of Columbus Day and to promote trans rights. He thinks President Donald Trump is, as he puts it, ‘a racist, sexist homophobe.'" Wow, let me guess. He's a big intersectionality fan, too?

If anything, a generation this woke needs the smoking age lowered if there is to be any hope for them. Besides, they only have 12 years left anyway.