What ELSE is he hiding?

CNN Chief White House Correspondent Jim Acosta claims to be a Guardian of Truth, only interested in the facts. However, a recent analysis suggests the celebrity journalist's alleged commitment to "factual accuracy" is little more than a macabre facade.

Here are the facts: When it comes to the color of his own hair, Acosta refuses to give the American people the truth.

Just like his fellow members of the Corrupt Liberal Media Establishment, Acosta keeps selectively editing "the truth" to suit his sinister needs and fuel his narcissistic ambitions. The results of a Washington Free Beacon analysis are beyond dispute: Jim Acosta's hair color changes almost as often as the Democrat Party's definition of "collusion." Concerned citizens can only wonder: What else is he hiding from us? 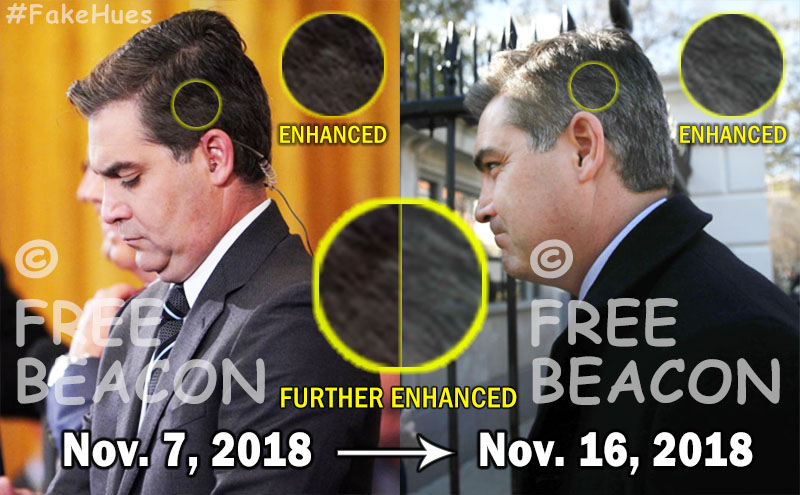 Nov. 7, 2018 — a date which will live in infamy. Acosta "embarrassed himself" at a White House press conference when he refused to hand over the microphone to a traumatized female intern after President Donald J. Trump repeatedly asked the so-called journalist to sit down and let other reporters ask questions.

Acosta's hair was a deep sienna color, elegantly coiffed for the cameras. However, barely a week later, according to our analysis, the journo's mop was noticeably less vibrant upon his return to the White House after winning an heroic legal battle over his credentials.

Analysts observed a similar transformation earlier this year. During his game-changing live broadcast from the U.S.-Mexico border, Acosta's windblown locks were factually gray. Several weeks later, however, those same locks were looking as healthy and brown as a Chesapeake Bay Retriever. 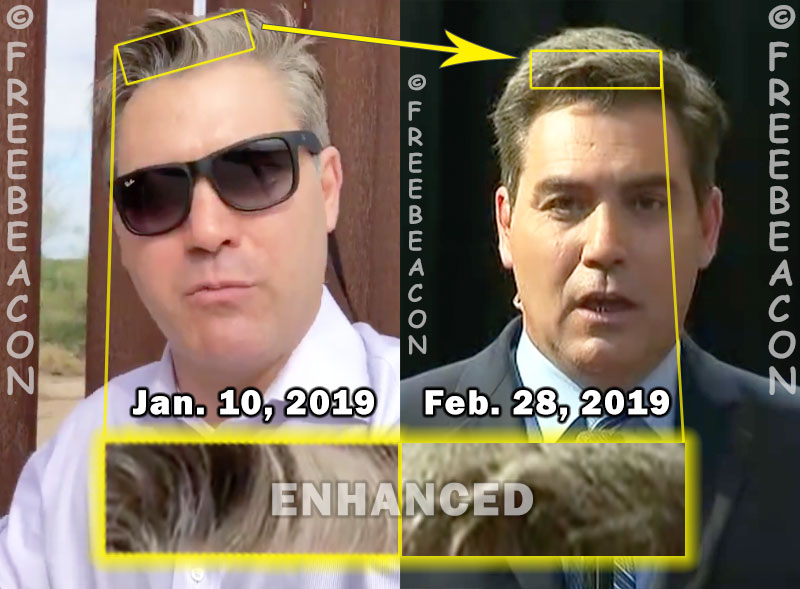 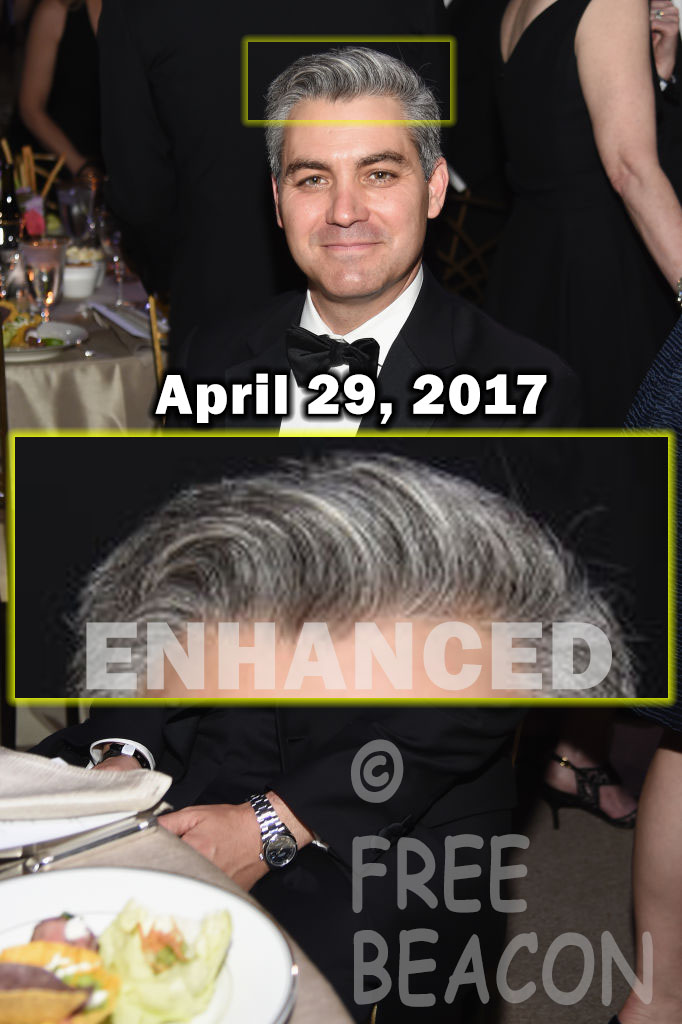 Acosta's ongoing war against reality is highlighted by the following animated analysis.

Something is going on. Experts can debate whether or not a crime has been committed, but there is certainly a victim of Acosta's deviant escapades: The Truth.