Former Republican frontrunner Donald Trump has been absolutely dominating the media's coverage of the 2016 presidential race, mostly because his comments allow pundits to courageously take a stand against racism. Also, they're pretty desperate for good ratings.

Democratic frontrunner Hillary Clinton, on the other hand, hasn't gotten a lot of attention lately, that doesn't mean she hasn't been making news. Here are few Hillary headlines you might have missed during the media's most recent Trumpgasm. 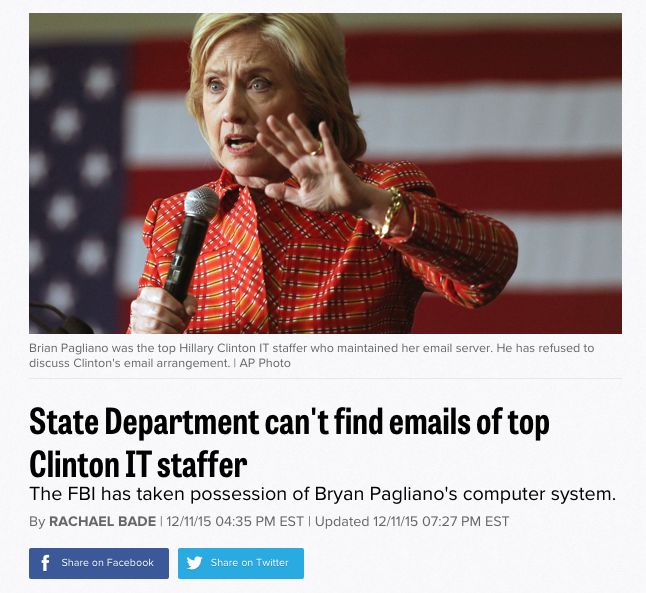 Senate investigators have asked the State Department for backup copies of emails sent by Bryan Magliano, the guy Hillary hired to maintain her secret email server, and has since pled the Fifth in response to the ongoing federal investigations. The State Department, however, just told those investigator that they couldn't find any copies of those emails. The FBI, which has taken possession of Pagliano's government computer, might have better luck. 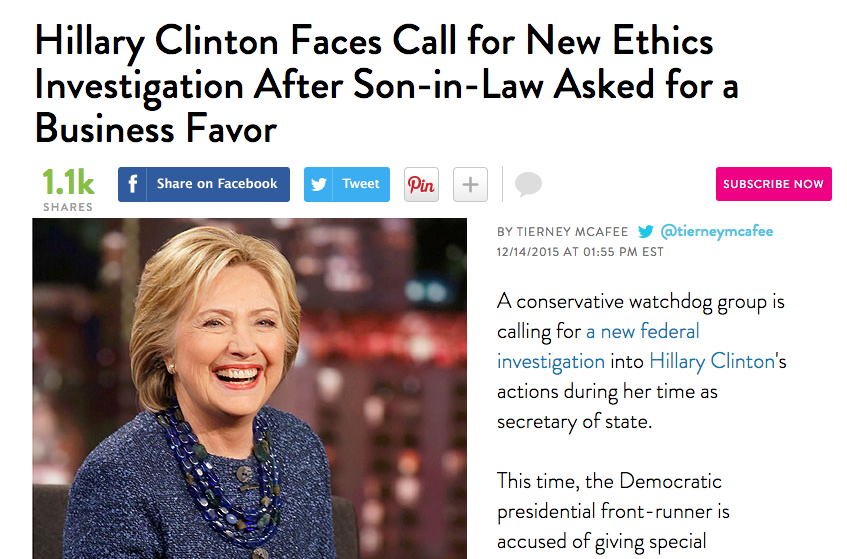 As secretary of state, Hillary Clinton intervened in a request forwarded by her son-in-law on behalf of a deep-sea mining firm to meet with her or other State Department officials, according to the recently released Clinton emails.

One of the firm's investors had asked Clinton's son-in-law, Marc Mezvinsky, who is married to Chelsea Clinton, for help setting up such contacts, the emails show.

Mezvinsky passed along the request on behalf of his former employer, Goldman Sachs, which was representing the mining firm Neptune in its effort to lobby for Senate approval of the Law of the Seas Treaty. Clinton forwarded the email to her aide Tom Nides, a former (and current) Morgan Stanley executive. The Clinton campaign refused to respond to multiple requests for comment from the Associated Press. A watchdog group has asked the U.S. Office of Government Ethics to investigate.

Hillary Clinton has repeatedly insisted that she never (sent or) received information on her private email server that was classified (at the time). The intelligence community rejects that assessment, which Hillary has dismissed as a "disagreement" between government agencies. Fox News reports on a new development that undermines Hillary's case:

An intelligence community review has re-affirmed that two classified emails were indeed "top secret" when they hit Hillary Clinton’s unsecured personal server despite a challenge to that designation by the State Department, according to two sources familiar with the review.

The sources described the dispute over whether the two emails were classified at the highest level as a "settled matter."

Perhaps one of these stories will come up at the next Democratic primary debate, which takes place this Saturday, at night, during an NFL game.