Democratic Debate Preview: Why Your Candidate Is The Worst (Part 1)

Thursday night's Democratic primary debate in Houston will feature 10 candidates vying for the party's presidential nomination. Only three have a shot at winning, and none stand a chance against President Donald J. Trump.

Who knows what will happen when these political titans square off on stage taking questions from ABC News anchors? And, frankly, who cares? If you have a horse in this race, or even if you don't, the following will help you understand why you've made the wrong choice. 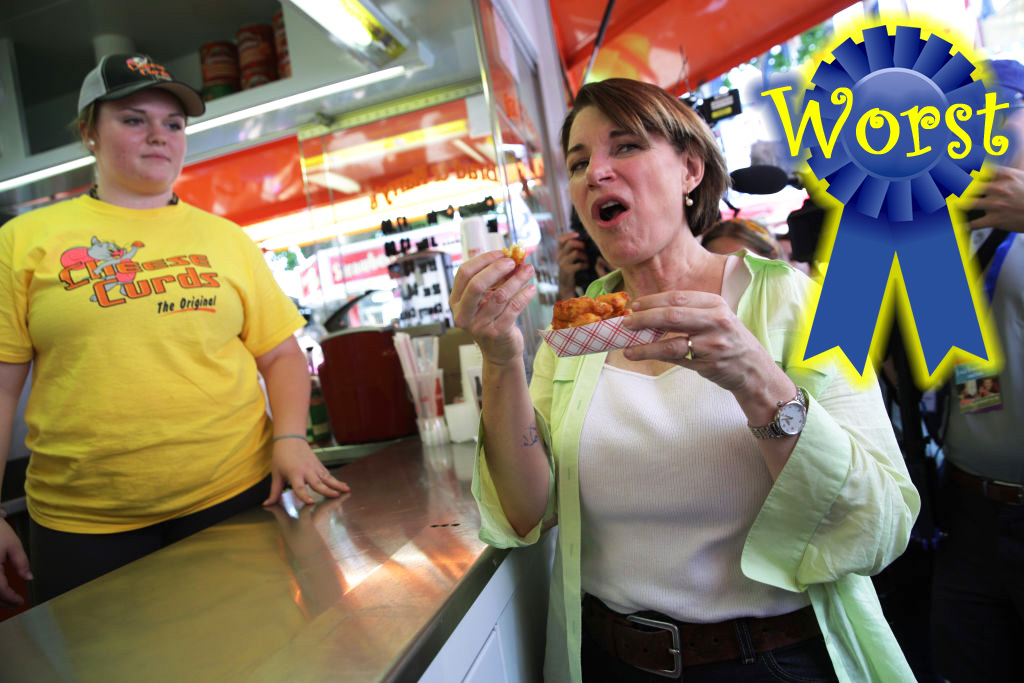 Why She's The Worst: There is only one type of sociopath worse than the kind that feels strongly that they, of all people, should run for president of the United States. And that's Amy Klobuchar, who in addition to running for president, also lied about being a member of an improv troupe.

In case you've forgotten because she has long since faded into irrelevance after launching her campaign in a blizzard, Klobuchar's best efforts to brand herself as "Minnesota nice" were epically derailed by lurid tales of staff abuse and allegations that she presided over a Senate office "controlled by fear, anger, and shame." Former aides described Klobuchar as a "dehumanizing" tyrant who once berated a staffer on an airplane over a missing salad fork. The senator proceeded to passive-aggressively eat the salad with a comb she found in her purse. She then handed the comb to the offending staffer.

Klobuchar's father was an alcoholic journalist. In other words, he was a journalist. And yet, his daughter still chose a profession that would force her to interact frequently with the media. Journalism is among the lowest of the professional classes, though it still ranks slightly ahead of politician. Is that the sort of judgement we want in the White House? 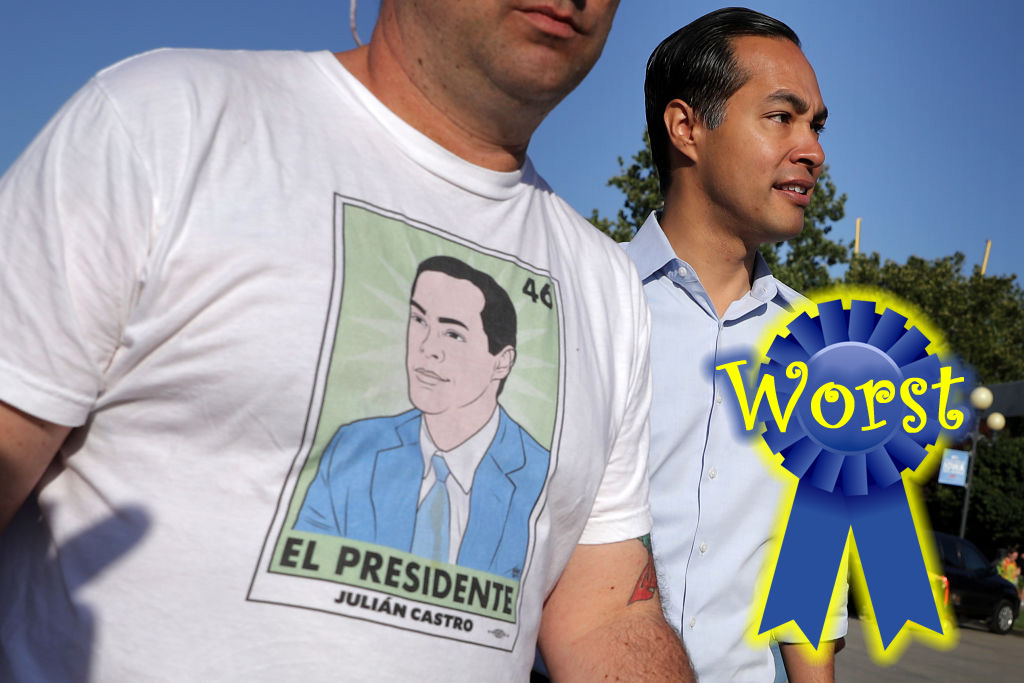 Why He's The Worst: If Hillary Clinton had picked this politically correct Ken Doll as her running mate in 2016, she wouldn't have even won the popular vote. The most interesting thing about Julián Castro is his twin brother's beard.

At 26 years old, Castro had nothing better to do with his life than get elected to the San Antonio city council. A few years later, he was elected mayor, which in San Antonio is basically just a ceremonial role, as all actual governing is done by a city manager appointed by the council. That was the extent of Castro's experience before he joined the Obama administration. Now he's running a pointless campaign for president because running for statewide office in Texas would be too big a challenge and might even garner expectations of success. 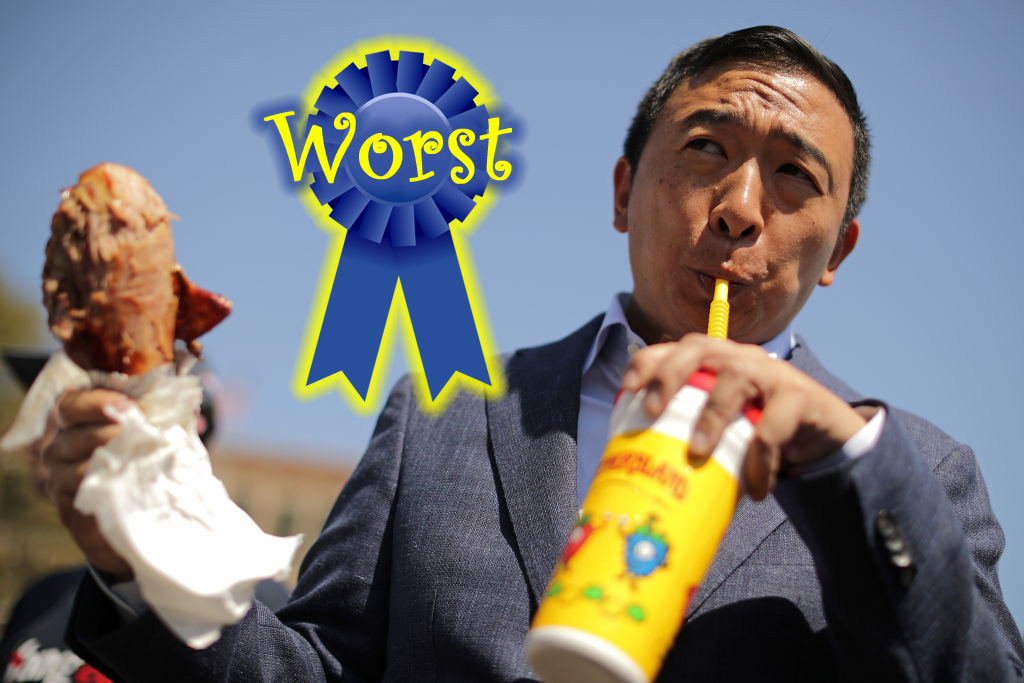 Why He's The Worst: On "Anthem Part Two," the opening track of Blink-182's blockbuster album, Take Off Your Pants And Jacket (2001), band frontman and UFO enthusiast Tom DeLonge belts out the following lyrics:

Almost two decades later, Silicon Valley nerd icon Andrew Yang incorporated this seminal verse into his campaign platform by proposing to lower the voting age from 18 to 16. The terrible idea would have disastrous consequences if teenagers today weren't so busy watching other teenagers perform quirky monologues on YouTube or dying in selfie-related mishaps to pay attention to politics, much less figure out how to vote in an election.

Yang's candidacy has failed to gain traction despite his refusal to wear a tie, and literally offering free money for everyone. He's not a politician, but he decided to give his universal income proposal the sort of stupid name—"the freedom dividend"—typically found in congressional legislation. The mainstream media is utterly uninterested in Yang, and if you can't trust journalists to determine which candidates are worth paying attention to, whom can you trust? 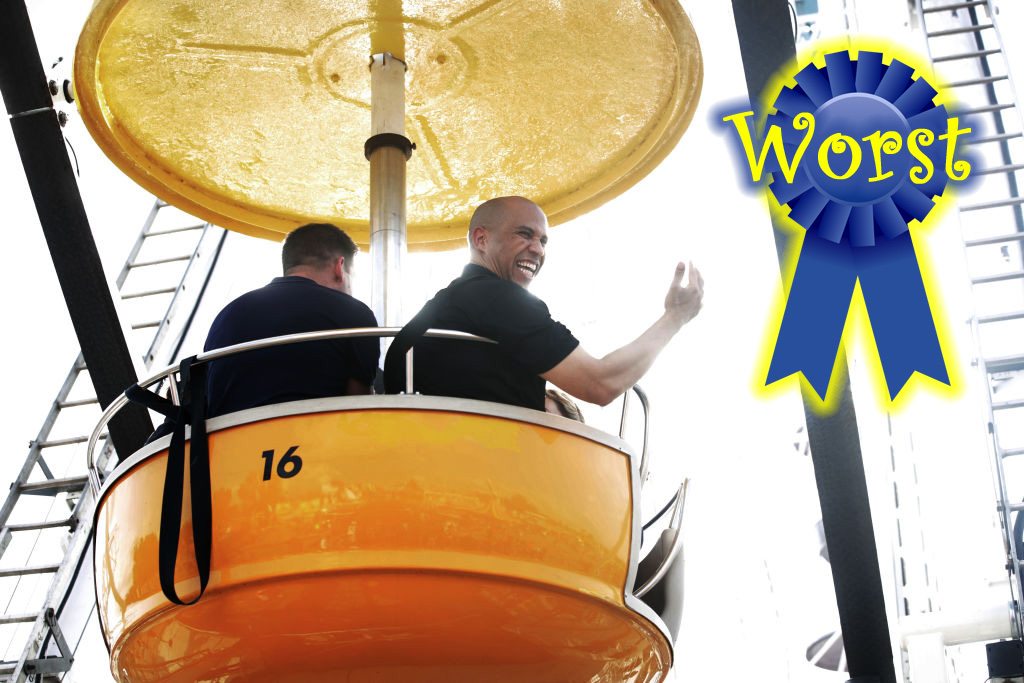 Why He's The Worst: What is this maniac always smiling about? Certainly not his poll numbers. Even Booker's alleged girlfriend was reluctant to endorse him. As Democratic frontrunner Joe Biden is well aware, the American public would sooner elect a transgender pedophile than a bald man of any persuasion. He's not Spartacus. He's Eddie Haskell, without the mischief. When the New York Times asked candidates about their "comfort food" of choice, Booker said "veggies," which is almost as psychotic as falsely claiming to be a member of an improv troupe or running for president. 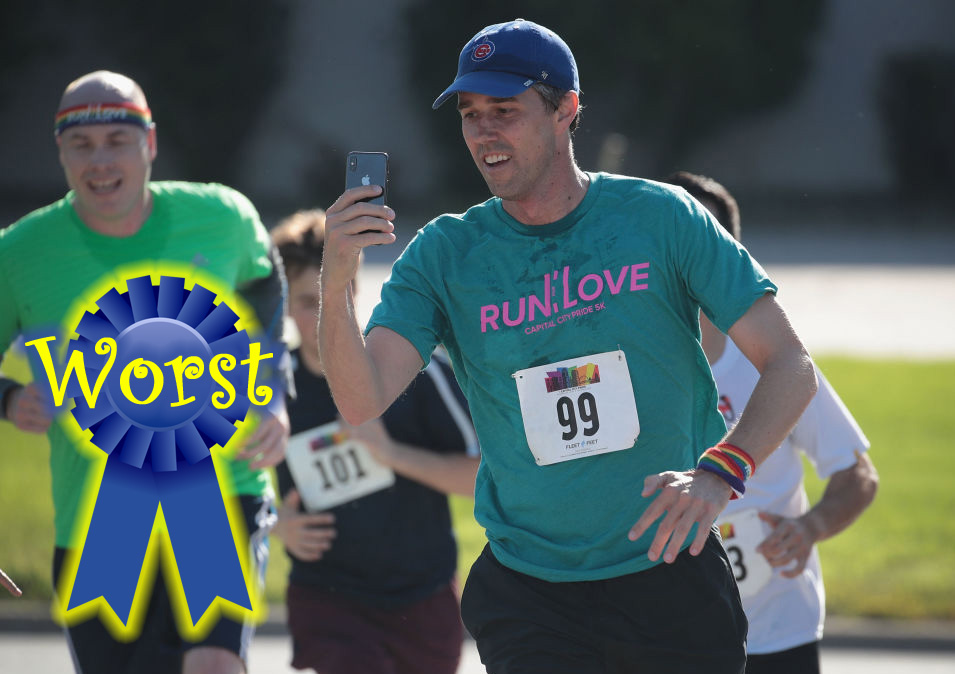 Why He's The Worst: Where to begin?

Robert Francis O'Rourke was born to a prominent political family, attended an elite all-boys boarding school, rowed crew at Columbia, "found himself" in a Brooklyn flophouse, was arrested multiple times but never charged, married the daughter of a billionaire real estate investor, lost a Senate race against one of the most hated politicians in America, decided he was "born to" run for president during a brief stint as a travel blogger, and announced his campaign on the cover of Vanity Fair.

Seriously, this is the guy that Democrats who do politics for a living thought was the perfect candidate to win in 2020. Having failed spectacularly to gain any traction with actual voters, Beto has been doing everything he can to stay relevant, from apologizing for his family's history as slave owners to cursing on live television and documenting and livestreaming his four-hour bus ride to Boston like some Vice News hipster reporting from an African war zone.

At least Beto can afford to buy a bigger boat when all this is over.