President Joe Biden's potential pick to lead NASA has a history of investments tied to a Chinese technology giant and has advocated for cooperating with China in space.

Former senator Bill Nelson (D., Fla.) is reportedly jockeying to lead America's space agency under Biden. Sources close to Nelson say that his closed-door campaign for the position is more than a rumor. As a former career astronaut, Nelson would seem a natural to lead the agency, but Nelson's financial and political ties to China could complicate his potential confirmation.

Sen. Rick Scott (R., Fla.) criticized Nelson on the campaign trail for holding between $3,003 and $45,000 in a mutual fund invested in China Mobile, a Chinese state-owned telecommunications company. At the time, Nelson dismissed the revelation as unimportant compared with Scott's own investments. China Mobile is China's largest telecommunications provider, and the Department of Defense in November blacklisted the company, along with 19 other major Chinese companies, for its ties to the Chinese military. Adjacent state-owned Chinese businesses have developed 5G satellite technology that NASA may need to make note of in its daily operations.

Beyond financial interests, Nelson touts a long track record of championing closer ties with China in space. In 2004, Nelson met with both the Chinese ambassador and Chinese astronaut Yang Liwei in an intimate meeting to discuss space issues and the potential for Sino-American cooperation in space. Nelson was among the first Americans to congratulate Yang on his successful launch, saying that he hoped China could emerge as a key partner in American space initiatives, while some Republicans remained troubled by China's growing space ambitions. Nelson told the Chinese ambassador that he wanted closer ties with Beijing in space efforts, even going as far as supporting a joint mission to Mars with China in their 2004 meeting. 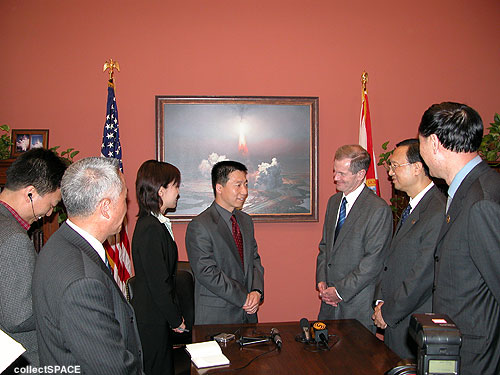 "Bill Nelson as NASA director would be the exact opposite of what we should be doing," Weichert said. "If space is the ultimate strategic high ground, and China is keen on competing with the United States for control there, it makes little sense for the Biden Administration to seek cooperation with Beijing. What's more, it is a very bad idea to place the aging Bill Nelson, who clearly has a soft spot for China, in charge of America's premier space program." 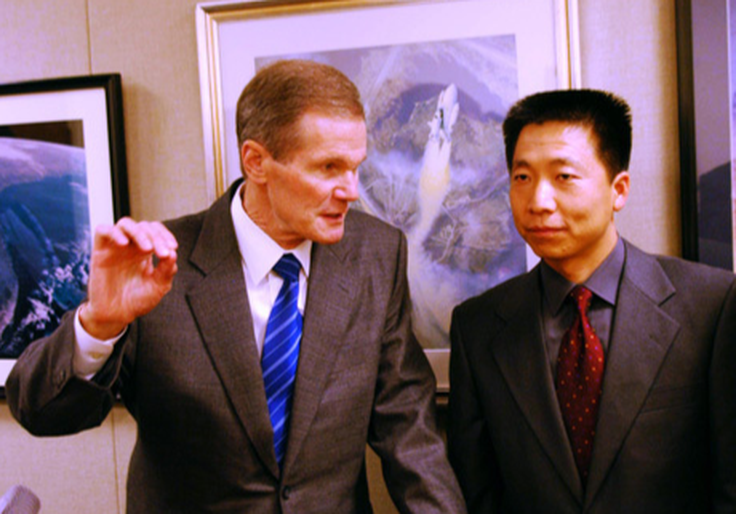 There is reason to believe Nelson remains a top contender for Biden's NASA administrator. The former Florida senator was a longtime colleague of Biden and endorsed the former vice president early in the Democratic primary. Nelson chaired the Senate's subcommittee on science and space and proved a key opposition leader to the Trump administration's agenda on the final frontier. A former astronaut, Nelson's reach on space policy was significant, and already extends into the Biden administration—his former press secretary joined NASA this month in the same position.

The Biden administration did not return a request for comment. Press Secretary Jen Psaki declined to address rumors about Nelson's consideration in her Tuesday press briefing.

"I don't have any personnel announcements for you or any expectation of when we will have an announcement on the NASA administrator or a list of potential people," Psaki said.

Beyond China, Nelson's record on space elicited concern among policy experts. Rand Simberg, an aerospace engineer and author on space issues, said that if picked, Nelson could go down as one of the worst NASA administrators in history.

"He has never articulated any vision for humanity's future in space," Simberg said. "If appointed, he would be one of the worst, if not the worst, NASA administrators in history."

Rep. Bill Posey (R., Fla.) said that the Biden administration has an opportunity to unify Americans by continuing the Trump administration's space agenda, which experts say contributed to a second golden age for spaceflight. Posey said, however, the White House has so far been indifferent even as Russia and China increase their activities in space.

The things that need attention are not just policy, but programs and budgets," Pace said. "Are we going to put the money into developing the space capabilities that we need to counter China and Russia?… You need to look at who the appointees are for NASA and other agencies, and [how] they place their focus on American interests."